Home Uncategorized Rosberg: Hamilton had kind words for me 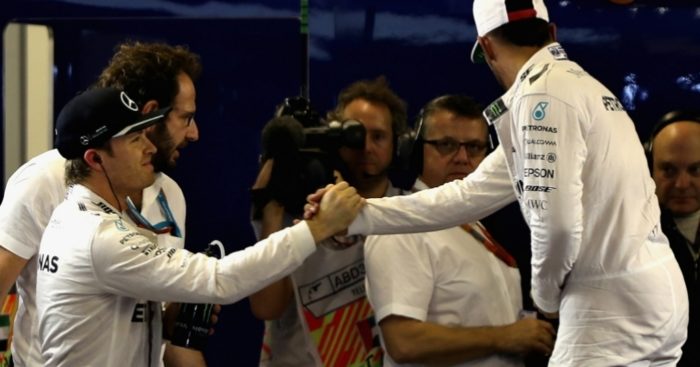 In one of the most intense rivalries in recent years, Formula 1 Champion Nico Rosberg revealed he and Lewis Hamilton exchanged kind words following his retirement.

Despite the two drivers growing up with each other, Rosberg and Hamilton became enemies as their competitive nature got the best of them during their careers at Mercedes, causing for a relationship breakdown.

After the German got the better of his former team-mate in the latest edition of their title battle, Rosberg feels that they could rekindle their relationship.

“We had a few nice conversations since my retirement. There were some kind words from him,” he told BBC Sport.

“Who knows, in the future, we might get on well again.”

“Beating Lewis makes it all the more special because he is one of the best out there, a great rival and a very, very tough competitor.”

Rosberg admitted that losing out to the Brit in 2014 and 2015 was depressing, which is why he changed his approach going into the 2016 season, citing meditation and go-karting as key factors to his Drivers’ Championship triumph.

“I had a mental trainer and looked into meditation – actually meditation is a big word, it was more mindfulness training… awareness.

“The other one was go-karting. We only drive every two weeks and you can imagine a tennis player who only practises every two weeks – that is not going to be good for his skill.

“I did a lot of go-karting in between. For sure that really helped.”

He also explained what it feels like to be a Formula World Champion.

“I couldn’t sleep at one o’clock in the morning,” said Rosberg.

“I was going back in my thoughts and suddenly I just punched the air because it has happened.

“It is very special.”