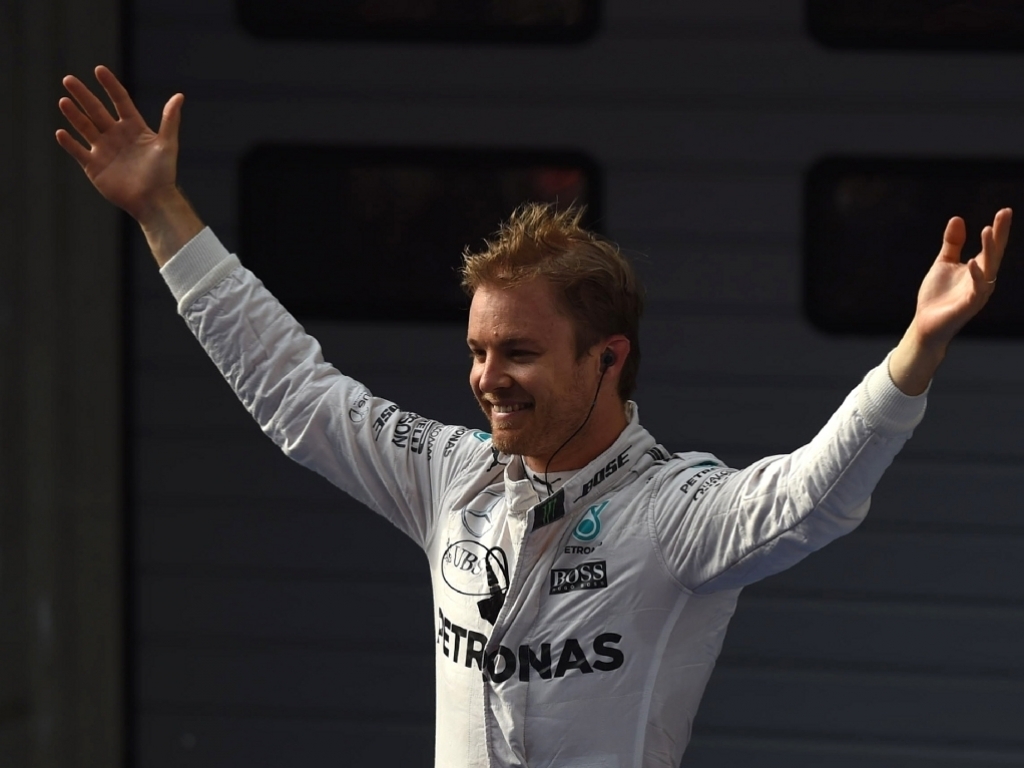 Despite winning the opening three races of the season, Nico Rosberg insists Lewis Hamilton remains the benchmark in Formula 1.

Rosberg romped to his third victory of this season in Shanghai on Sunday, taking the chequered flag 37 seconds ahead of the Ferrari of Sebastian Vettel to record the biggest winning margin at the Chinese GP.

His team-mate Hamilton could only manage seventh after a miserable afternoon that saw him start from the back of the field and suffer damage on the very first lap.

The result means Rosberg became only the fourth driver in history to win six races on the trot and he now holds a 36-point advantage over Hamilton in the standings.

The German, though, is refusing to get carried away.

“Well, it’s too early to make any summaries, you know?” he said in Sunday’s post-race press conference.

“It’s three races now and they’ve gone really well for me but it’s the longest season in F1 history with 21 races so that’s 18 to go or whatever it is.

“It would not make sense to make any premature conclusions if the start was good or bad, let’s wait and see. Of course I’m happy with the way it’s gone and I’m feeling good and the car’s there but I don’t want to say more than that. Let’s see.

“Of course Lewis is not many points behind, I don’t know, something like 30 points, that’s not much, that’s a race and a bit and he’s as focused and motivated as ever.

“He will never give up and he’s the benchmark, he’s been the benchmark for the last years so the battle is going to be a big battle as always.”

But for now it is the German who is leading the title race.

Rosberg, however, concedes that Formula 1 has yet to see the best of Ferrari after another troubled race for the Scuderia.

“What we take away is that we are still the quickest car out there at the moment but I think Ferrari really haven’t shown what they can do yet.

“They have had so many issues in the first three races so we need to keep on it and keep pushing because I think they are much closer than they have shown but we will push and I’m looking forward to the next races and I think we’re going to go well there as well.”