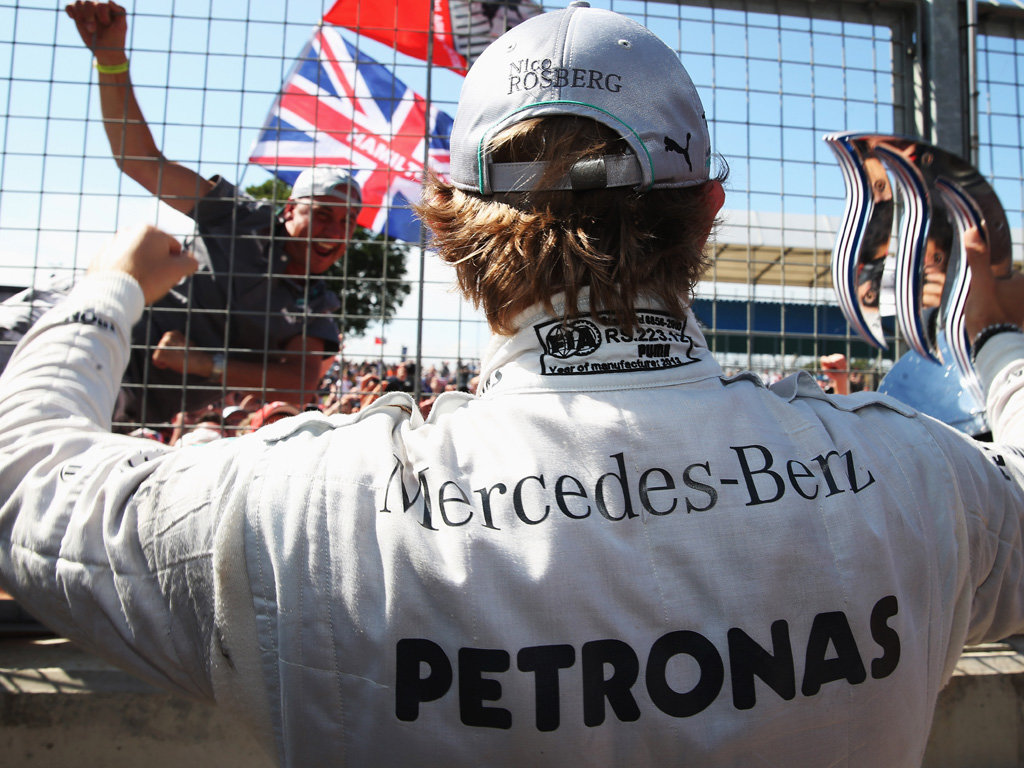 Nico Rosberg believes Mercedes are finally starting to shake off their underdog tag, but Lewis Hamilton warns that Red Bull are still the team to beat..

Nico Rosberg believes Mercedes are finally starting to shake off their underdog tag, but Lewis Hamilton warns that Red Bull are still the team to beat.

The current Mercedes “project” started back in 2010, but the Brackely squad are only now starting to regularly challenge for race victories.

Rosberg and team-mate Lewis Hamilton have already claimed five pole positions between them this season, while the German secured his second race win of the campaign at the British Grand Prix on Sunday.

It is no surprise to see Rosberg excited about Mercedes’ future.

“Slowly but surely we are dropping into the role of being favourites, which is fantastic,” he is quoted as saying by Autosport.

He added: “We’ve had three years where it’s been difficult, and we learned a lot.

“They managed to build a great car over the winter. Then in the development race this season, which was our big weakness last year, it seems to be going pretty well at the moment – which is another sign of the team building and having learned from our issues in past years.

“We have fantastic momentum in the team at the moment. It’s great to be a part of it.”

Hamilton, though, warns that although Mercedes are edging closer to the front, Red Bull remain the pacesetters.

“We are improving and getting closer.”