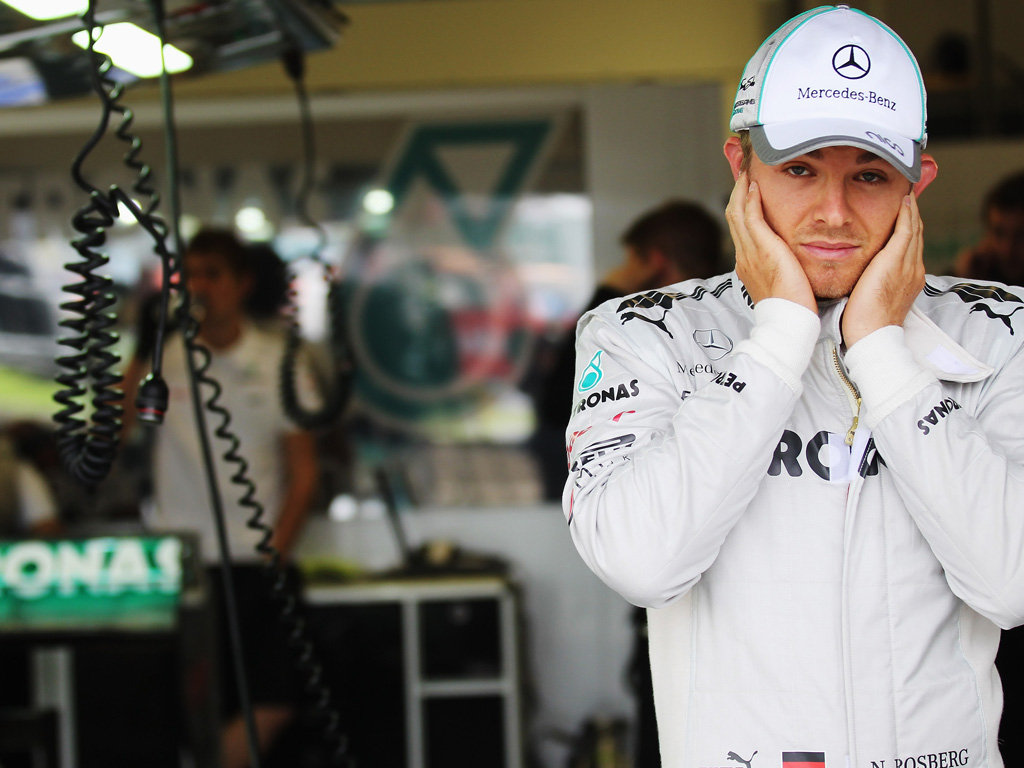 Nico Rosberg’s hopes of winning his home race in Germany were dealt a blow when Mercedes were forced to change his gearbox.

The German, who is bidding for only his second Formula One victory this weekend, showed good pace on Friday when he finished second, 0.088s off the pace.

“I learned a lot because it was dry at some points this morning so we could do some dry running and I found an initial balance there, then very wet this afternoon, then quite dry with the intermediates so there was really everything,” said the 27-year-old.

“I am going in a good direction and I am quite happy with the car initially. I like driving this track wet or dry it’s always good.”

However, Rosberg will have a tough challenge come Sunday as Mercedes changed his gearbox prior to practice, which means the 27-year-old will be hit with an automatic five-place grid penalty.

“The only thing that makes it a lot more difficult is that I had a gearbox issue at Silverstone so we have had to change that and put a new gearbox in, and that means then that I get five places on the grid for Sunday – that doesn’t make it any easier, especially since it is my home grand prix so that is not a nice thing.”