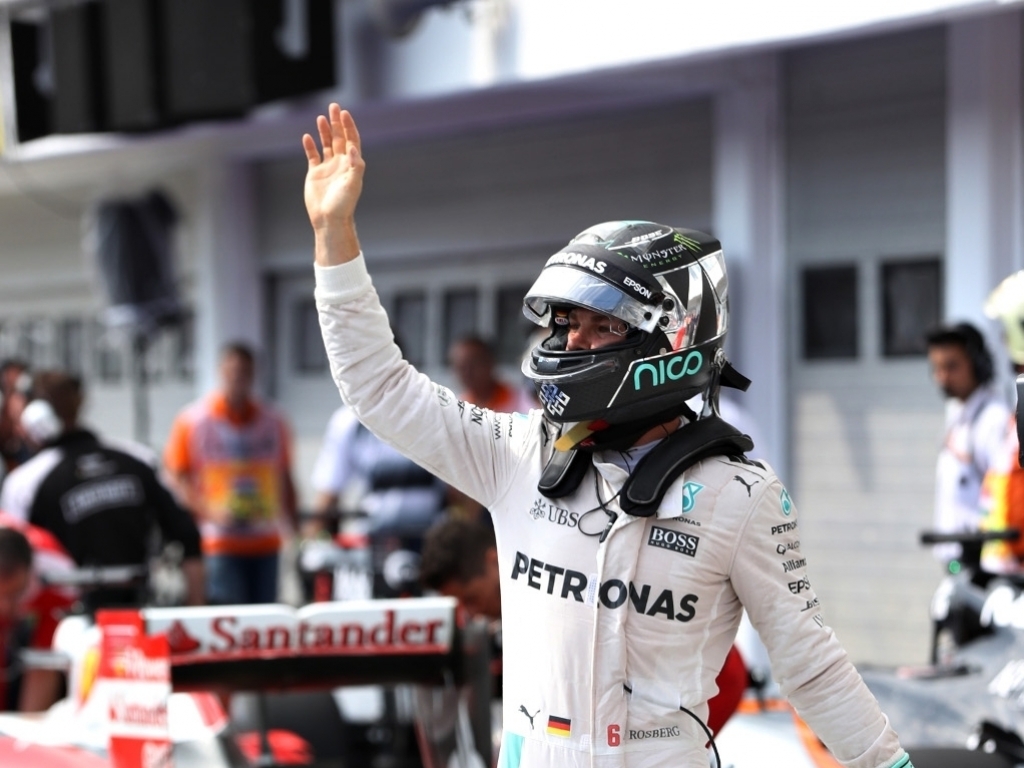 Going into the 12th race of the season, Nico Rosberg will be hoping to regain the Drivers’ Championship lead at the German Grand Prix this weekend.

The German lost his lead on the table when teammate Lewis Hamilton beat him to P1 at the Hungaroring, opening up a gap of six points.

However, heading to his home race, the 31-year-old is looking forward to reap the benefits of his countrymen cheering for him at the Hockenheimring.

“It was disappointing to lose the race at the first corner in Hungary,” Rosberg said. “But I was really happy with my pace all weekend, so that gives me good confidence moving forwards.

“I’m happy to have the chance to get back in the car again so soon – and especially happy that it’s at my second home race [he lives in Monaco].”

Last year, the German Grand Prix was canceled due to contract and legal issues despite being a regular on the F1 calendar. Rosberg, though, recently visited the track and reflected on the wonderful experiences he has had there.

“I had a fantastic day at Hockenheim a few weeks ago driving Mika Häkkinen’s championship-winning car. That really gave me a massive buzz to be back racing in Germany,” he continued.

“Driving in through the circuit gates brought back so many great memories – from my childhood days at the DTM with my Dad [1982 F1 world champion Keke Rosberg] right through to winning the Grand Prix for myself in 2014. Hopefully I can repeat that this year for the fans and for everybody at Mercedes.

“I’ll be pushing flat out to give them the result they deserve before they get some time to recharge their batteries.”