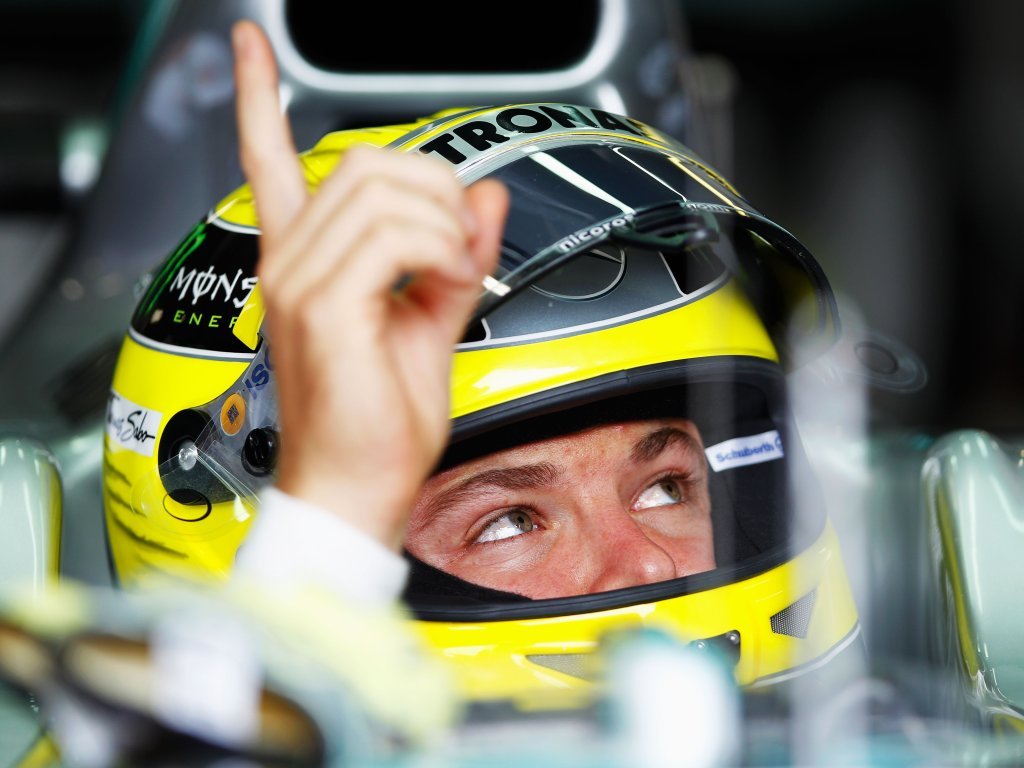 Nico Rosberg is hoping for a good result at his home race, the German GP, confident the Hockenheimring should suit Mercedes’ W03…

Nico Rosberg is hoping for a good result at his home race, the German GP, confident the Hockenheimring should suit Mercedes’ W03.

A home event for all at Mercedes, including Rosberg and team-mate Michael Schumacher, Formula One’s German team has a lot riding on next weekend as not only with the grandstands be packed with their supporters but colleagues from Mercedes-Benz will also be in attendance.

However, Rosberg is confident of bringing home a good result as he reckons the track will suit his car.

“I will be pushing really hard to perform well in front of our fans in the Mercedes Grandstand, so we can hopefully celebrate a good result together,” said Rosberg.

“I think our car should suit this track much better than Silverstone. Hockenheim has long straights and short corners, which will be good for the Silver Arrow.”

Meanwhile, Schumacher reckons racing at home will give him the added motivation needed to excel.

“People often ask me whether there is any such thing as a home advantage in such an international sport as ours and my answer is: perhaps not a home advantage, but certainly a home-race feeling,” said the seven-time World Champion.

“As a German driver, you naturally have a different sense of excitement when you arrive at the German Grand Prix and know that all the spectators in the grandstands are supporting you. That makes you proud, and always boosts your motivation even higher.

“This year is the first time that our Mercedes works team has been capable of racing right at the front, and because of that, we’re hoping for lots of support from the fans and to reward them with our performance.

“Hopefully we will see a lot of Mercedes colleagues in the grandstands, and we want to do particularly well for them.

“We have set ourselves the clear target of giving everybody a reason to celebrate next weekend.”