Home Uncategorized Rosberg: I can compete with Hamilton 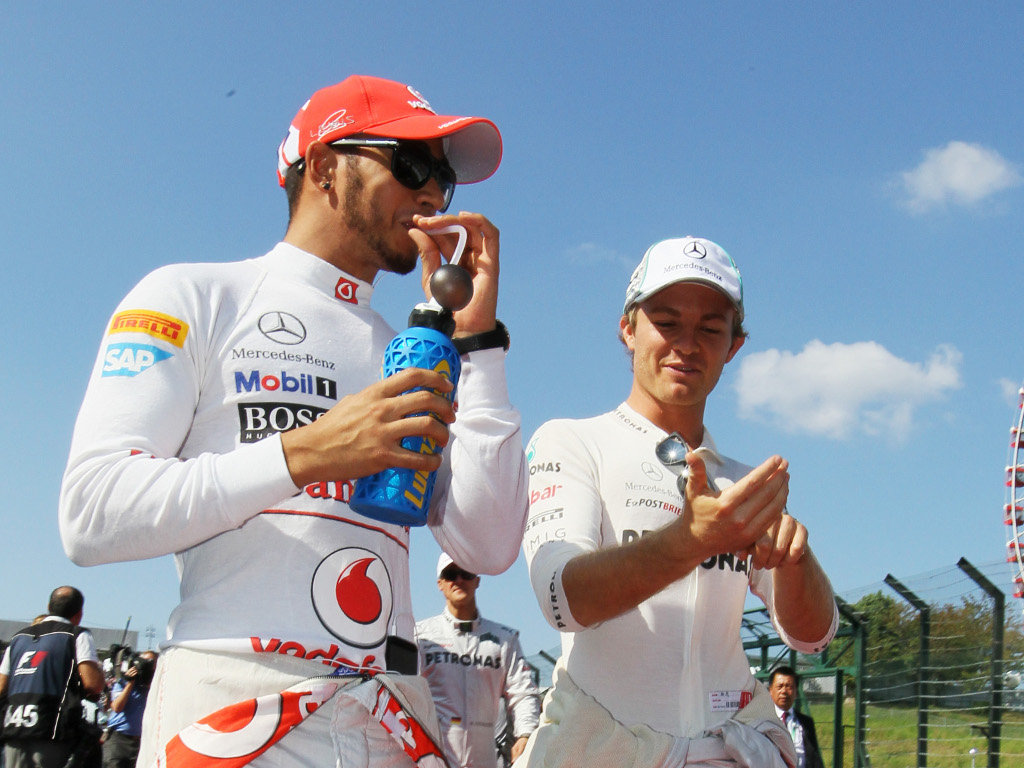 Nico Rosberg is “convinced” he can go head-to-head against Lewis Hamilton when the duo team up at Mercedes next season.

Rosberg will have a new team-mate next season when Hamilton joins from McLaren. 2013, though, will not be the first time the duo have been on the same team up as they previously raced together in karts over a decade ago.

But while Hamilton has gone on to claim 20 grands prix wins and a Drivers’ Championship title, Rosberg has just one victory and no titles to his name. He has also scored less than half the points the Brit has bagged despite making his F1 debut a year earlier.

Rosberg, though, insists he’s not worried.

“There’s no concern, I’m pleased he’s joining the team and it’s a new challenge for me,” he told ESPN.

“And yes, he’s one of the best out there so it’s going to be very interesting going up against him. But again, I’m convinced that I’ll do well and we’ll see how he goes.”

The 27-year-old believes he’s already proven he can take on World Champions after beating seven-time Champ Michael Schumacher in every one of their three years together.

“I’ve been pleased with how I’ve compared against him. I didn’t really know what to expect in the beginning, but I knew I was going to do well, but how I compared to him I had no idea.

“Now in hindsight to have beaten him in three years in a row, I’m very pleased. It’s been important for my career, definitely.”

As for Mercedes’ slump in form this season, which saw them drop from winning round three to not scoring a single point in the last four races, Rosberg is adamant they will move forward next season.

“I’m very confident, the team is really progressing well and we have a lot more employees who have joined the team this year and they’re very clever people that are going to have an impact now – slowly but surely and especially for next year

“I’m sure we are going to do even better and then also with Hamilton joining the team, that’s going to be a good boost for everybody and I think it’s a nice change and refreshing, which is good.”