Home Uncategorized Rosberg: I was fuming in the cockpit 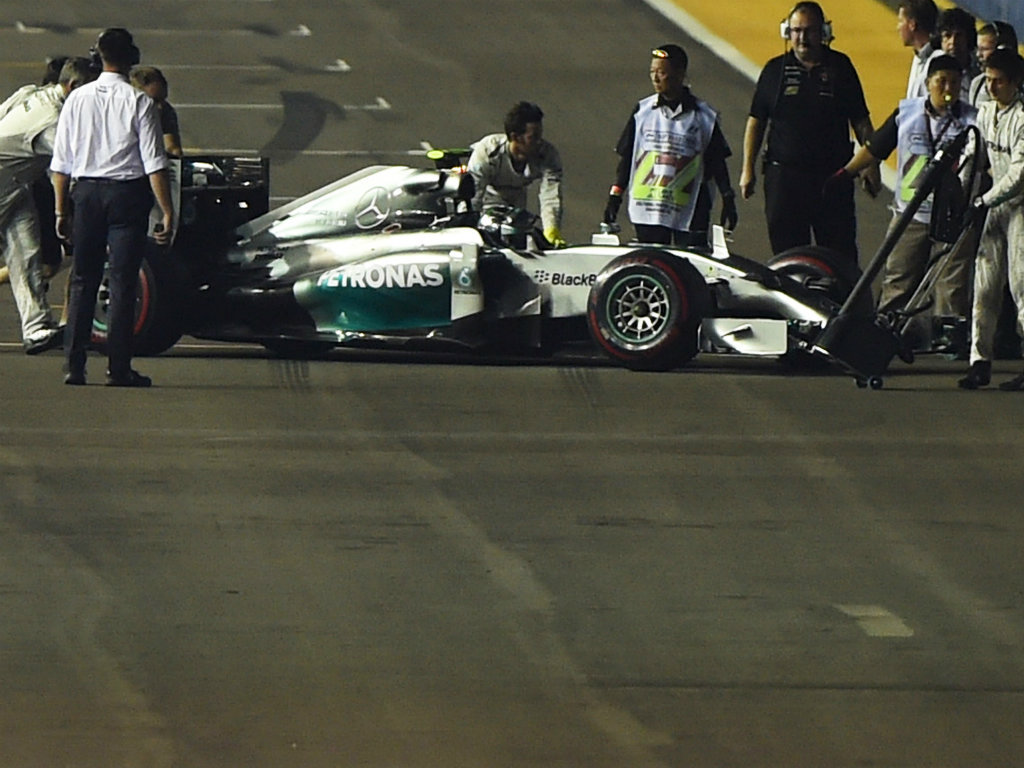 Nico Rosberg has spoken of his agony following a disastrous Singapore GP, and also urged Mercedes to work on their reliability.

The German’s 22-point lead in the Drivers’ Championship turned into a three-point deficit at the Marina Bay Street Circuit on Sunday after he was forced to retire with an electrical problem.

However, his woes started before the race even got underway as he had a problem with his steering wheel shortly after he made his way to the grid. After failing to get going on the formation lap, he eventually started from the pitlane.

However, he lasted only 14 laps before calling it a day after his car failed to restart during a pit stop.

“It was the toughest day of the year for me and right now I only can say that I am in agony and desperately trying to come up with a logical explanation for all that,” he told the official Formula 1 website.

He added: “I fumed in the cockpit, so I am already on the way to recovery now. I left most of the anger in the helmet!”

Rosberg explained that his problems started in the pits already before the race.

“Suddenly all the buttons and the radio stopped their function: I had no hybrid power, I had no DRS – only the gear paddles sort of worked, but what was kind of strange was I could only upshift two at a time, so I had no fourth gear and no sixth gear,” he said.

“Then it all sort of came back for a few laps, only to disband again. It was hopeless. And in the end there was nothing I nor the team could do. For security reasons they called me in.”

With the Japanese Grand Prix at Suzuku less than a fortnight away, Rosberg called on the team to make sure the cars are more reliable.

“Reliability is our weakness,” he said. “We have to get to the bottom of things. Reliability will be a major factor in the title race, but thinking that it will cost me the title is very pessimistic – and I am optimistic!

Asked what he demand from the team for Japan, he replied: “I don’t ‘demand’ anything different to what I hoped for in the past. The team is focusing a lot on reliability and we are all trying to improve together.”