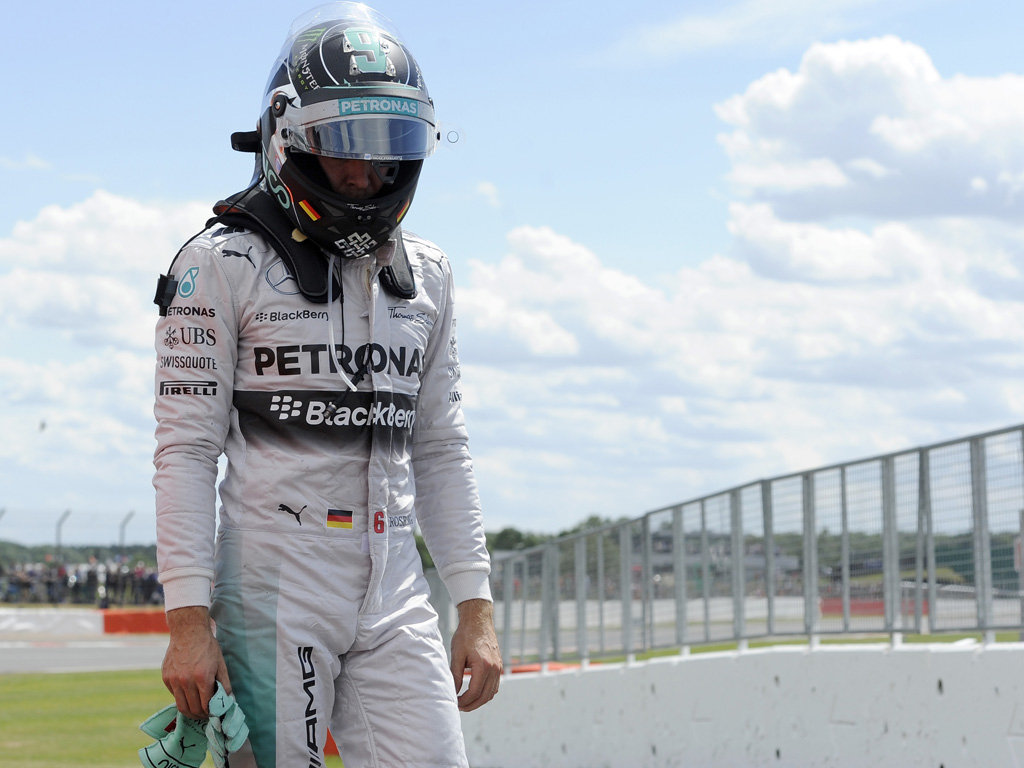 Nico Rosberg insists he would’ve come out on top in Sunday’s British GP battle with Lewis Hamilton had he not been forced to retire.

Starting in pole position the Mercedes driver built a lead of five-seconds plus over his team-mate before he reported a “gearbox problem on the downshift”.

At the same stage Hamilton somehow found a new level and started to close the gap, but there was to be no Merc clash at the front as Rosberg retired.

“It is always a good battle, but I was very much in control up until then which is why I was all the more disappointed,” he told Sky Sports F1.

“I’m very confident that I would have won the race.” the German added in his post-race media session.

The German’s problems started shortly after his pitstop and although he initially thought he could manage it for the remainder of the race, he had to park his car on the grass for his first retirement of the season.

“It was just slowly but surely,” he said. “The first problem started around lap 20 after the pitstop and then it just got worse from there.

“I was trying to think if there was some safe setting we could put it in or just drive in a completely different way just to get to the end of the race – okay I would let Lewis go, but it would still be valuable points if I could get to the end. But there was nothing that I could do or that they could suggest to save the gearbox.

“My mentality changed from ‘let’s stop racing Lewis and let’s just try and get this thing to the end somehow because I have such a pace advantage I can do some pretty radical things to try and keep this gearbox alive’. But there wasn’t really anything that could be done from their opinion [in the garage].”