Home Uncategorized Rosberg: I’m here and I want to win 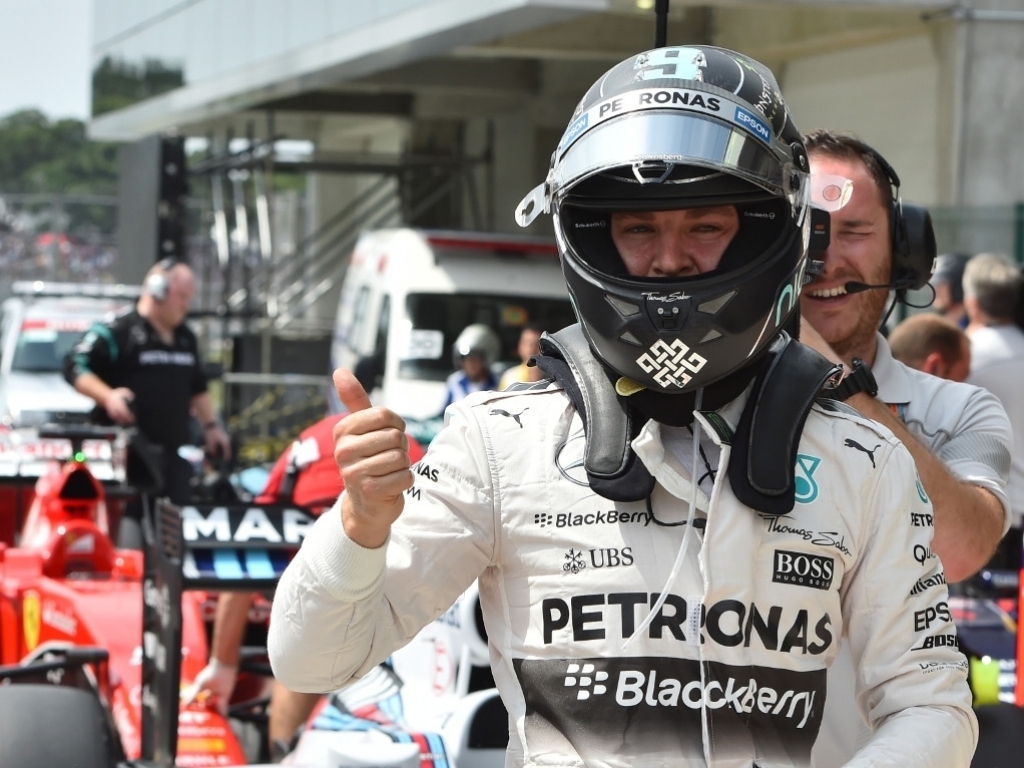 The Drivers' Championship may be over, but Nico Rosberg remains as determined as ever to win every single race that he competes in.

Rosberg appears to have brushed aside the disappointment of being beaten to the title again by team-mate Lewis Hamilton as he followed up his hat-trick of pole position, race win and fastest lap in Mexico with another pole in Brazil.

In fact it was the German's fifth pole position in a row and when asked how important it is to end the season with some momentum having also won in Mexico, he replied: "I'm just thinking about the individual races. I'm here and I want to win.

"Of course as a side effect, P2 in the Championship is still there to be won, which is better than P3 for sure. Also, it's always better to end on a high than a low."

Hamilton was fastest in Q1 and Q2 at Interlagos on Saturday, but Rosberg was flawless in Q3 as he posted the best time in first and second runs with his 1:11.282 edging the second Merc by 0.078.

"Pleased with today. Best place to be for tomorrow's race as it worked well in qualifying," Rosberg said. "I was playing catch-up a little bit in quali two as that didn't go to plan, but then quali three really got going as I got some good laps in.

"The last lap was on the edge, there were a couple of big moments in there, but it still worked out to be a good time so I am happy with that."