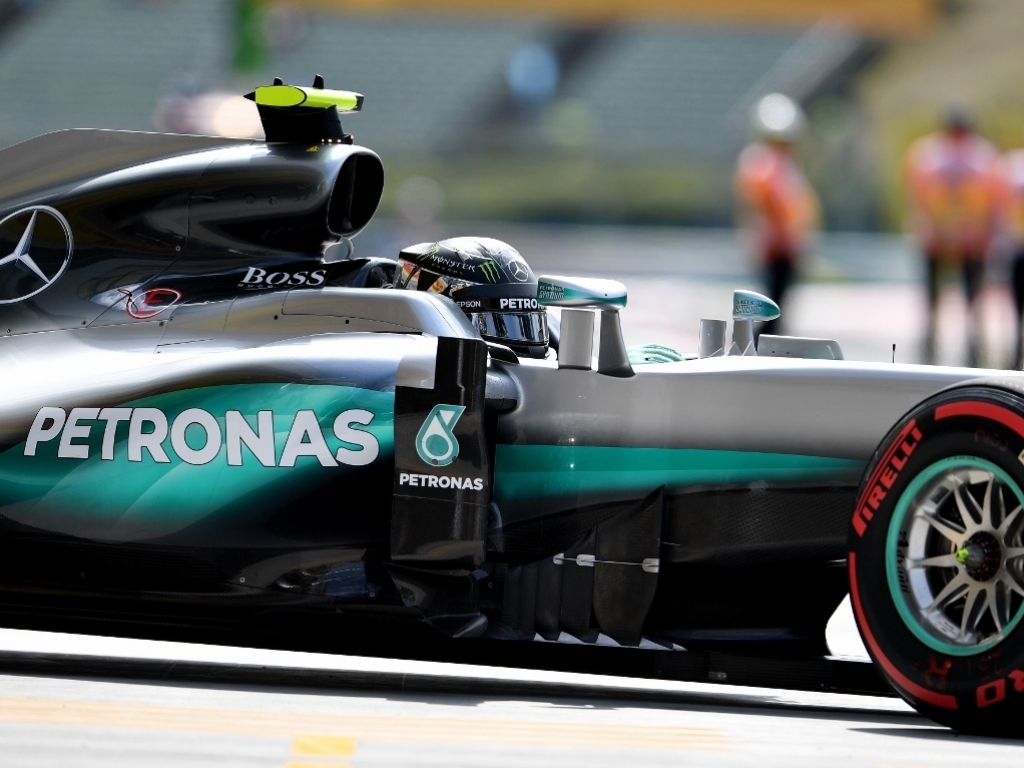 After topping the second practice session of the Hungarian Grand Prix, Championship leader Nico Rosberg was delighted at Mercedes’ performance throughout the day.

In a dominant day for the Silver Arrows, Rosberg’s teammate Lewis Hamilton finished top of the times during FP1, but suffered a blunder in the second session when he slid off the Hungaroring into the barrier, ending his session.

As a result, the German took advantage of his teammate’s misfortune and posted the fastest lap time.

However, Rosberg has claimed that their feet will be grounded despite having such an encouraging Friday.

“An impressive day for us, performance-wise,” said Rosberg.

“It doesn’t necessarily mean we’ll be in quite such a strong position tomorrow – but for now it’s very positive.

“I’m feeling great out there and the car is very quick, so a good start to the weekend overall.

“We got everything done in terms of qualifying and race simulation work and it’s all looking very good. I think the new [track surface] suits us, so I’m optimistic.”

Rosberg also expressed his joy at his new two-year contract extension with Mercedes.

“Obviously, it’s a great feeling to start the day like that with the contract being sorted,” he continued.

“That was always going to be a positive boost.”