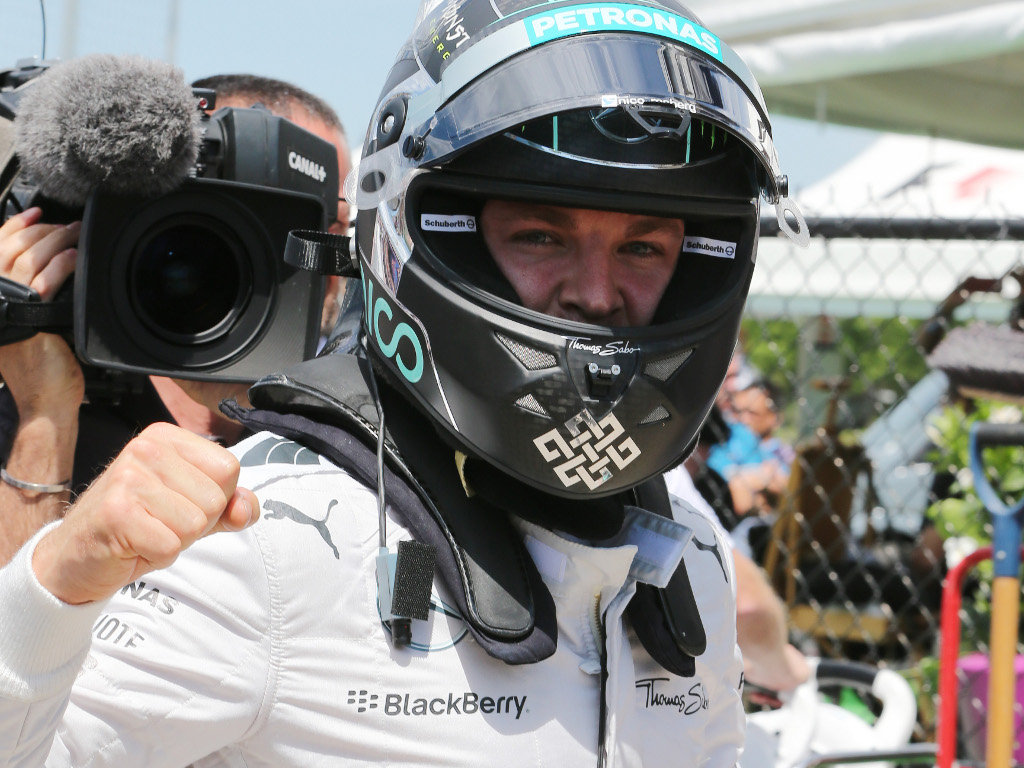 Nico Rosberg is expecting a “great race” against Lewis Hamilton as the Mercedes team-mates battle for the victory in Canada.

Although Hamilton goes into Sunday’s race with three Canadian wins his tally, Rosberg has the on-track advantage having taken pole position.

At at track where many predicted Hamilton edge ahead, it was Rosberg who set the fastest time in qualifying.

The Championship leader crossed the line at the Circuit Gilles Villeneuve with a 1:14.874, which was 0.079s quicker than his team-mate’s best.

Pressed as to whether he was delighted given his team-mate’s record in Montreal, he said: “I’m not really aware of Lewis’s record but of course I know it’s a track where he is really strong.

“I’m very happy it worked out. It is great.

It has been a fantastic day and all through the weekend we have been progressing all the time, getting stronger and stronger.

“I’m in the best position for tomorrow.”

Asked how he managed to beat team-mate Hamilton, the 28-year-old added: “It’s just working at it all the time.

“Looking at data, working with my engineers trying to improve the set-up, trying to understand areas where I can still do better.

“It’s just an onward process and it’s great that it worked out.”

Rosberg, who went even quicker in his second run in Q2, revealed that his confidence was boosted ahead of his second run knowing that he already had a very good time on the board.

“That helps a lot because I have a banker lap and that’s a big advantage to have, a definite benefit,” he stated.

As for Sunday’s 70-lap Canadian Grand Prix, he is expecting a “great race” against his team-mate for the victory.

“It’ll be a great race for sure – against Lewis I imagine. I just have to work hard on the strategy tonight to see what I have to do to stay in front.”