Home Uncategorized Rosberg: It needs to be discussed 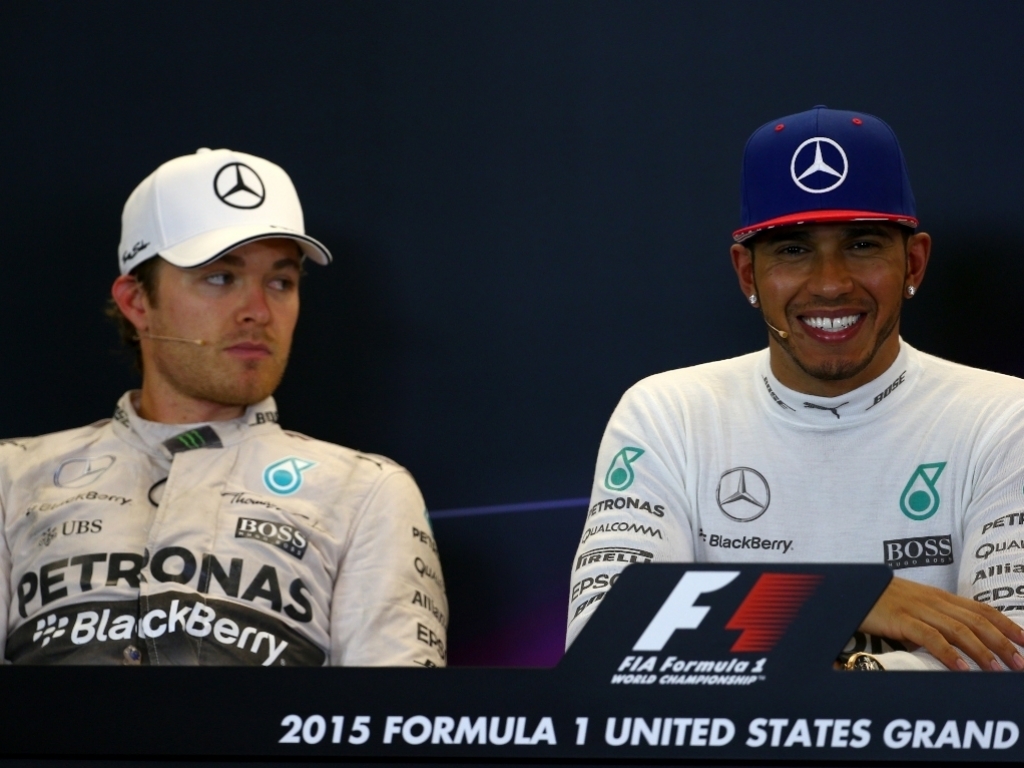 Nico Rosberg insists his opening lap clash with Lewis Hamilton “needs to be discussed” as the Mercedes pair continue to agree to disagree over the incident.

The German was unimpressed by his Merc team-mate’s driving style as they fought over the lead for the United States Grand Prix at Turn 1, accusing him of being “very aggressive, extremely aggressive”.

He added that it was “definitely one step too far”, but Hamilton hit back saying “I didn’t try and push him hard, it wasn’t intentional”, adding “I don’t feel like I was aggressive, but at the end of the day I was on the inside so it was my line”.

There have been reports that Mercedes will hold talks with both drivers in order to defuse the situation, but Hamilton feels there is “no need”.

“The first corner is pretty clear,” he is quoted as saying by Autosport. “I’m ahead mid-corner, and I have a right to the piece of track and he’s driving me off the road and banging into me.

“There was contact, it seemed quite heavy contact on the steering wheel because we banged wheels, so that’s not on.

“That’s one big step too far, which is not good. It needs to be discussed, and I’m not sure [what will happen] going forward.

“It wasn’t the key to the race because the main thing was my mistake which lost me the race.”

Rosberg has also been accused of being a bad loser after he tossed the runner’s-up cap back to Hamilton while they were preparing to go out on the podium.

Writing in his column for Germany’s Bild, the 30-year-old admits his frustrations got the better of him.

“I was just p****d off. At myself, at Lewis, at the whole situation. Everything!” he wrote. “I’m not talking about losing the World Championship, because Lewis deserved that this year. But Lewis didn’t win the race in Austin. I lost it.

“If you can explain a mistake, there is no problem. But at the moment it feels as though there is something invisible stopping me from succeeding. An enemy that is so hard to combat. Some call it fate, others bad luck.”