Home Uncategorized Rosberg: It was all down to the start 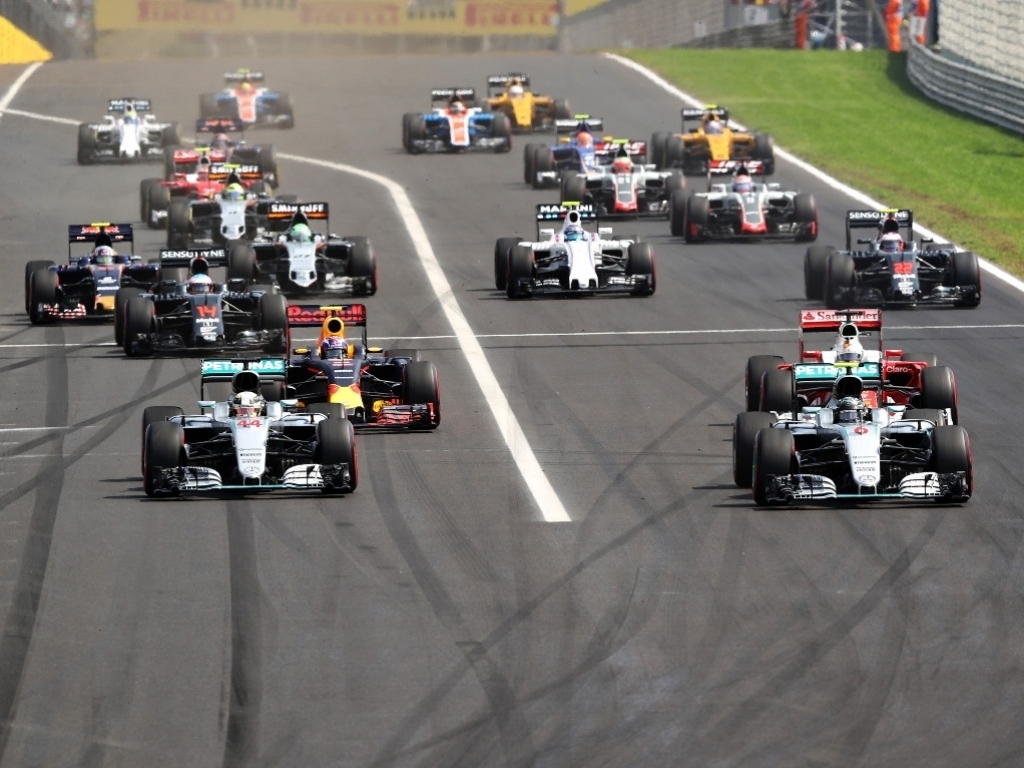 Nico Rosberg feels he lost the Hungarian Grand Prix off the line as the Hungaroring is a track where it is “not possible to pass.”

Rosberg lost the lead in Formula 1’s title race for the first time this season on Sunday as he was beaten to the chequered flag by Lewis Hamilton.

The Brit slid up into P1 into the first corner while Rosberg had to fight Daniel Ricciardo for second.

It was a position he almost immediately retook after losing, running the 1-2 for Mercedes for the remaining 69 laps.

But despite closing right up on Hamilton on several occasions, assisted by traffic at times, Rosberg was unable to even attempt a pass.

“It was all down to the start in the end,” the 31-year-old explained.

“I lost out a little bit and then into Turn 1 with Daniel on the outside and Lewis on the inside I ran out of space so had to bail out of it.

“That was it really.

“I was happy to take Daniel back at Turn 2 and from there on I was trying to put all the pressure possible on Lewis.

“But of course it is not possible to pass on this track.”

There is still one race to go before Formula 1’s summer break with Rosberg looking forward to racing in Germany for the first time in two years.

“We have the next race coming up very quickly and it is my home race so it is going to be awesome,” he added.

Rosberg trails Hamilton by six points heading into round 12 of the championship.