Home Uncategorized Rosberg: It was all downhill 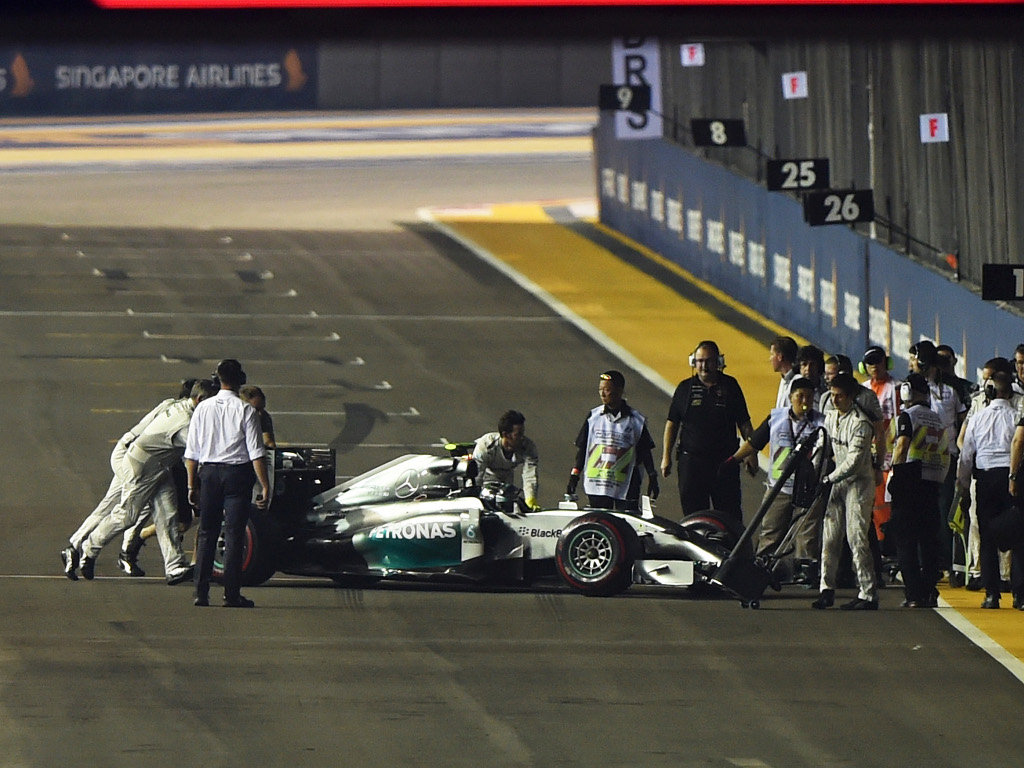 Nico Rosberg says he did not experience a rollercoaster ride in Singapore on Sunday as it was “all downhill.”

The Mercedes driver’s Sunday night came to a premature end when he retired in the pits on lap 14 of the Marina Bay race.

Rosberg’s problems started prior to the grand prix when Mercedes faced a race against time to get him onto the grid after his W05 suffered an electrical problem minutes before the 15-minute cut-off.

However, on the grid it was evident that his problems continued and he was unable to take the start, eventually getting his race going from the pit lane.

Lacking in pace, suffering gearbox and electrical gremlins, Rosberg was down in 20th place when he pitted on lap 14 and called it quits.

“It wasn’t so much a rollercoaster ride because it was all downhill for me,” he said.

“It was very frustrating to drive behind a Caterham and sit on a grid and watch everyone else leave. But that is the way it is.

“I was stuck with no power, only able to shift gear pedals.

“Nothing was working, every time I shifted a gear it shifted two.”

Pressed as to when he realised he had a serious problem, the German said he knew even before he took to the grid.

He said: “When we changed the steering wheel and I had the same problem I knew it was serious.”

Speaking to the BBC’s 5 Live, Rosberg, who lost the lead in the Drivers’ Championship to team-mate Lewis Hamilton, urged Mercedes to get to the bottom of their reliability issues.

“The steering wheel did not work and then the whole car wasn’t working. We need to find out what the problem was because again we have a reliability problem.

“We’ve had a few this year and that’s our weakness. We need to get to the bottom of it and make the car 100% reliable.

“It tough not even leaving the grid. I was hoping the team could fix it [after the race had started] because it was going on and off, sometimes working, sometimes not.