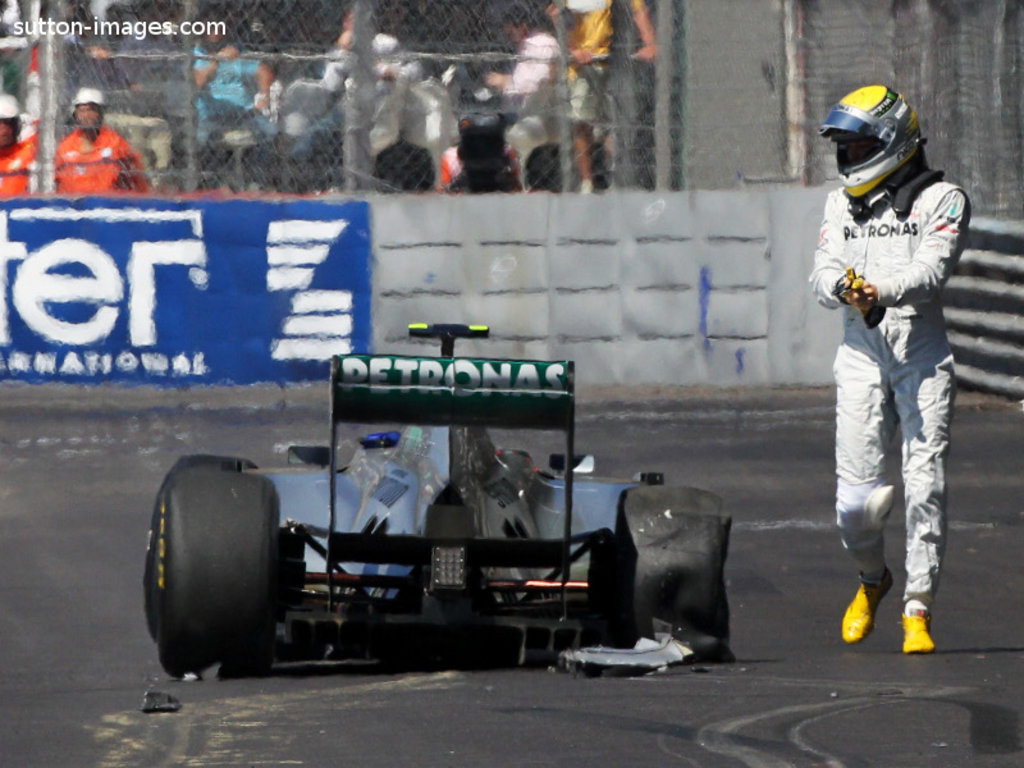 Nico Rosberg is eager to put a disappointing weekend in Monaco behind him as quickly as possible.

The German looked promising during the week’s early practice sessions and despite crashing on Saturday morning, bounced back to qualify in seventh spot.

Rosberg admits that the team did an incredible job just to get his car ready for qualifying.

“The weekend started really well in practice. Fully on it. Everything was looking good. But then on Saturday I made a really stupid mistake – one of those mistakes that shouldn’t happen, can’t happen and will not happen again,” Rosberg explained on his Youtube channel.

“I totally destroyed the car, and that’s horrible. Standing there in the middle of the track, red flag, looking at my car just before qualifying and there was nothing left on the car. No corners. Everything was gone. The whole weekend, I thought it was over.

“Then a miracle. The team did an amazing job. Even Michael [Schumacher]’s mechanics were on my car. It was just absolute mayhem and they put it together, unbelievably, in 97 minutes. Even at the beginning of qualifying there were still some missing parts, and 10 minutes later it was ready to go and off I went.”

However, things did not go Rosberg’s way on race day, with tyre troubles resulting in the Merc GP driver having to settle for 11th position.

Having hoped for so much more from the weekend, Rosberg conceded that the best thing to do was to move as quickly on from the events in Monaco.

“Fantastic race start – rocketed off, fifth place after the start. [Mark] Webber was in front of me and my attitude was like ‘Webber, get out of the way now because I’m coming through…’ So I was quite positive at that time.

“And then I just hammered the tyres completely. They were just shot. I was just so slow. From there I just started going backwards and backwards. It didn’t matter if you put softs on or whatever, the tyres were shot all the time.

“Adding onto that, I did a bad job at driving in the middle part of the race. Not my greatest day either. With everything together, an absolute weekend to forget. I was supposed to be on the podium in the Monaco GP and I finished in 11th place.

“I’m sure there will be better days. Montreal, we’ll be right back up there I’m convinced. We’ll just forget about Monaco and learn what we can,” he added.