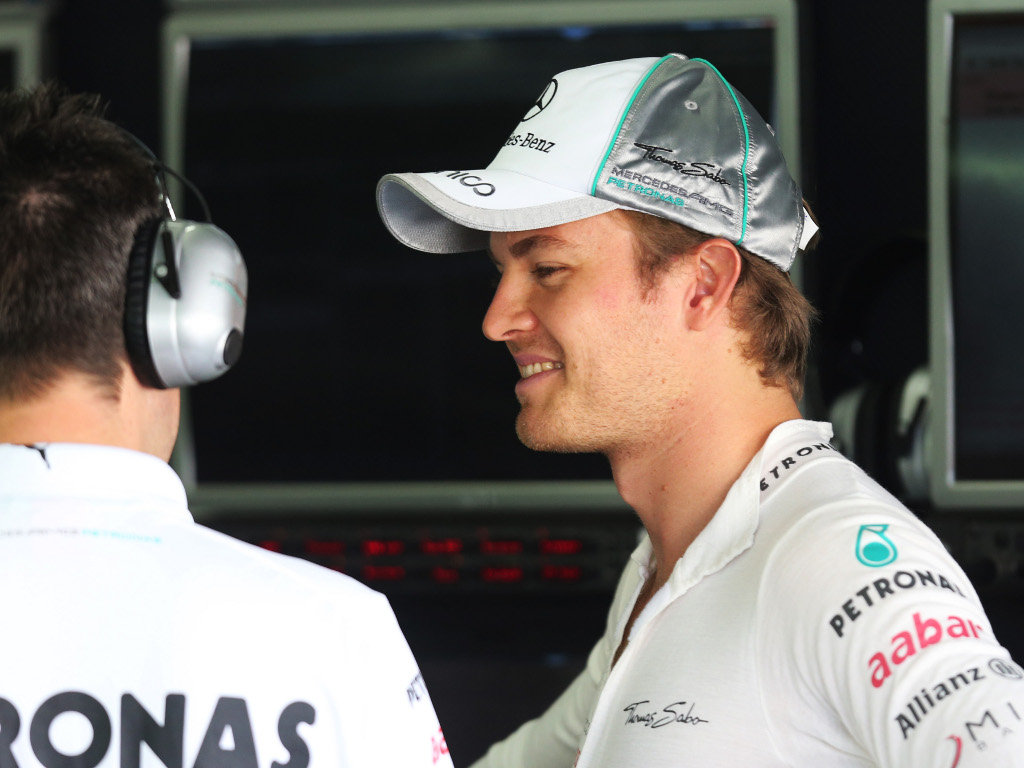 Nico Rosberg has downplayed Mercedes’ points-less run, confident the team is working towards next season…

Nico Rosberg has downplayed Mercedes’ points-less run, confident the team is working towards next season.

Neither Rosberg nor his team-mate Michael Schumacher have scored a single World Championship point in the last five races.

As a result Mercedes, who started the season with a victory in China, have dropped to a distant fifth in the Championship.

Rosberg, though, insists he is not worried.

“It is a concern? I don’t know. I am not thinking about the past,” the German told Autosport when asked about Mercedes’ points drought.

“What I am thinking about is we do the best we can at the moment to prepare ourselves for next year. For sure it is looking better. A lot better.

“The people are starting to have a good impact. All the new people, it has been a massive amount of new people….So we will definitely be better. I am not looking at the past races of anything like that.”

As for Mercedes decision to return to their old exhaust configuration in Brazil, Rosberg said: “We need to prepare for the new tyres because that takes out the complexity the temperature thing from the Coanda, and we can concentrate on the tyres.

“It [the Coanda exhaust] remains complex and we are learning a lot. And we need to use these last races as there is no more testing and it is very important.”