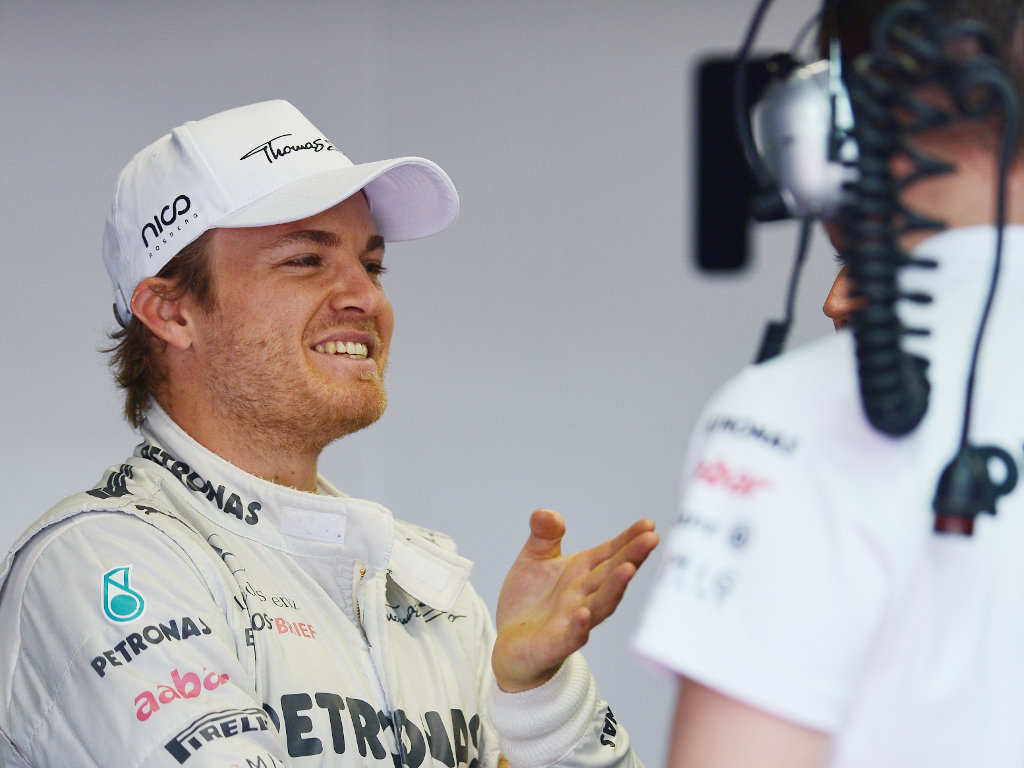 Nico Rosberg is hoping Mercedes took another step towards solving their tyres issues, saying they “learned a lot” at Mugello…

Nico Rosberg is hoping Mercedes took another step towards solving their tyres issues, saying they “learned a lot” at Mugello.

Mercedes spent the last three days testing at the high-speed Tuscan circuit where Rosberg covered over 670kms on the final day, posting a best time of 1:22.579.

That put the Chinese GP winner eighth on the timesheets as he was over a second slower than pace-setter Romain Grosjean.

However, for Rosberg it wasn’t about lap times, rather it was about getting mileage on the W03 and a better understanding of how the car deals with its tyres.

“It has been a good testing programme for us here in Mugello, and I have been able to complete a lot of mileage in my Silver Arrow around this amazing track,” said Rosberg.

“We learned a lot about tyre management, and this should help us at the next race in Barcelona.

“There is still a lot of work to do of course, and we do need to improve our car in fast corners, but overall I am pleased with the progress that we have made here this week.”

As for team boss Ross Brawn, he reckons it was a good three days for Mercedes even if their efforts were hampered by the rain on Tuesday.

“The first opportunity for in-season testing for some time has proved beneficial,” he said, “particularly as it has enabled us to test some new development ideas and take a closer look at improving the car from things that we have identified over the first four races.”