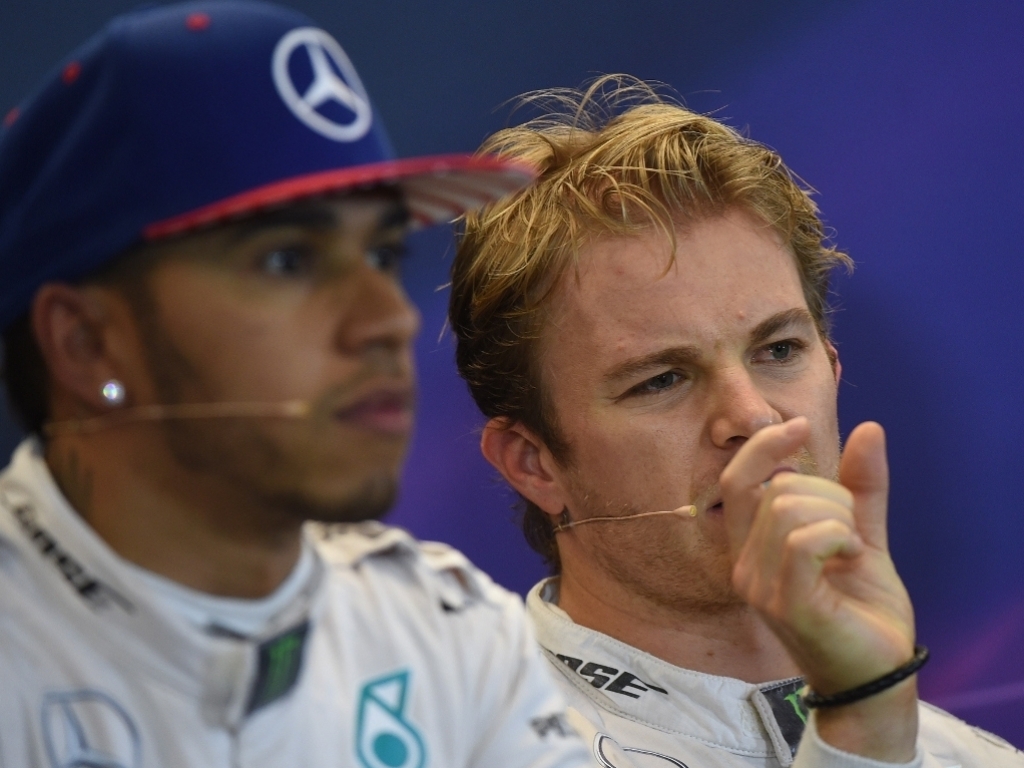 A disgruntled Nico Rosberg refused to join in his team-mate's post-race celebrations as he feels Lewis Hamilton was "extremely aggressive" at the start in Austin.

Although Rosberg started Sunday's United States GP from pole position, the German was soon down to fifth as he once again came up short in a wheel-to-wheel battle with Hamilton.

Racing for position off the line Rosberg and Hamilton made light contact with the former pushed wide off the track.

He came back, though, putting in a strong race to lead with just laps remaining.

However, a tank-slapper followed by an off allowed Hamilton to storm through and take the lead, the win and the World title.

Rosberg, who was P2, was clearly not happy and refused to get involved in the champagne celebrations.

"For sure, very disappointed with that," he said on the podium. "Unbelievable. I don't know what happened."

Turning to the crowd, he continued: "Anyway you've been great.

"Awesome with this bad weather. To come out here so numerously, thanks a lot for that.

The Mercedes driver later spoke of his lap 1 coming together with his team-mate, which appears to be the cause of his unhappiness.

"Very aggressive, extremely aggressive," he said. "We hit each other or I should say Lewis came into me, so that's not good."