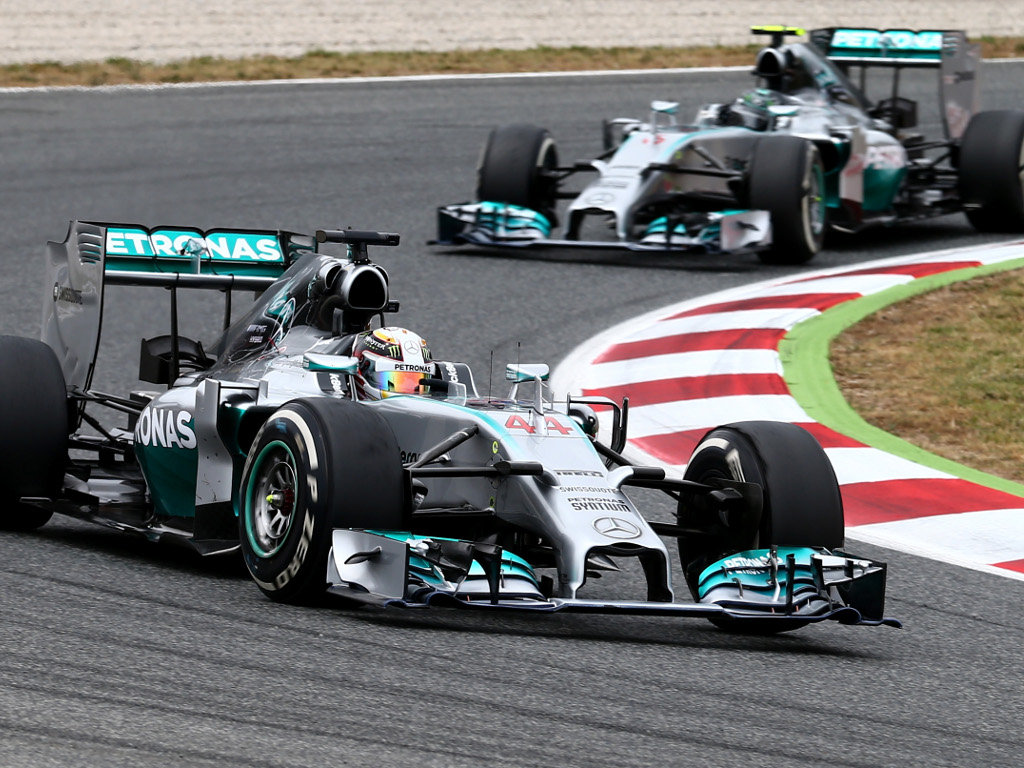 If the Spanish GP had been just one lap longer, Nico Rosberg believes he would have been the one on the top step of the podium.

For the fourth race in successive, Rosberg finished second to his team-mate Lewis Hamilton, unable to beat him to the victory in Spain.

However, unlike at the previous race in China, this time Rosberg pushed Hamilton hard.

Using the medium tyres in his last run, the German closed right up on his team-mate’s rear wing but ran out of time.

He crossed the line 0.6s behind the Brit.

“I think one more to be honest, I could have given him a go. I wasn’t close enough, but one more I would have been,” he rued.

“Unfortunately that was it and I am bit gutted.”

Five points ahead of Hamilton arriving in Spain, he will now leave three points behind. P2

“Still, second place, second in the Championship and many more races to go,” he added.

“I will go to Monaco to go one better and try and repeat the win from last year.”