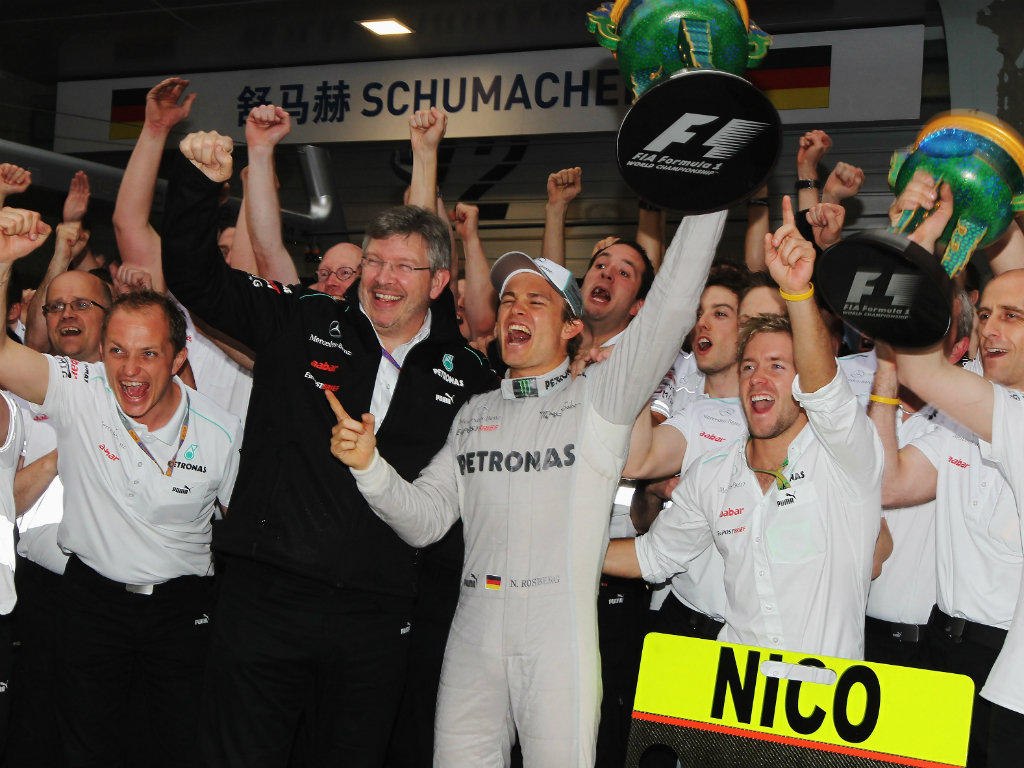 Nico Rosberg says he always believed he would win a Formula One grand prix even when he passed his 100th start mark.

Having claimed his maiden pole position on Saturday in China at the 111th time of asking, Rosberg followed that up with his first-ever grand prix victory on Sunday.

It was a momentous occasion for the German, who insists he never once doubted his own ability to win.

“I was convinced my time would come when the car was ready, and this race was it,” said the 26-year-old

“I’m now definitely looking forward to many more because this is an unbelievable feeling.

“It’s been a long time coming for me, and for the team as well over the past two years and a bit.

“To win my first race and everything that comes with it, with the team I have, with everybody who has been working together for more than two years now, it’s a very happy moment.”

Rosberg, though, has warned against expecting a follow-up at the next race in Bahrain, saying: “For sure we need to be careful.

“In qualifying we’ll be strong in Bahrain, that’s been pretty clear now from all the past races.

“As for the race? Who knows. Even here to predict our performance was impossible. I really didn’t know what to expect so Bahrain, with temperatures being hotter, we don’t know.

“For sure we’re progressing. That’s important and we’re doing much better, but if it’s enough for Bahrain, I don’t know.”