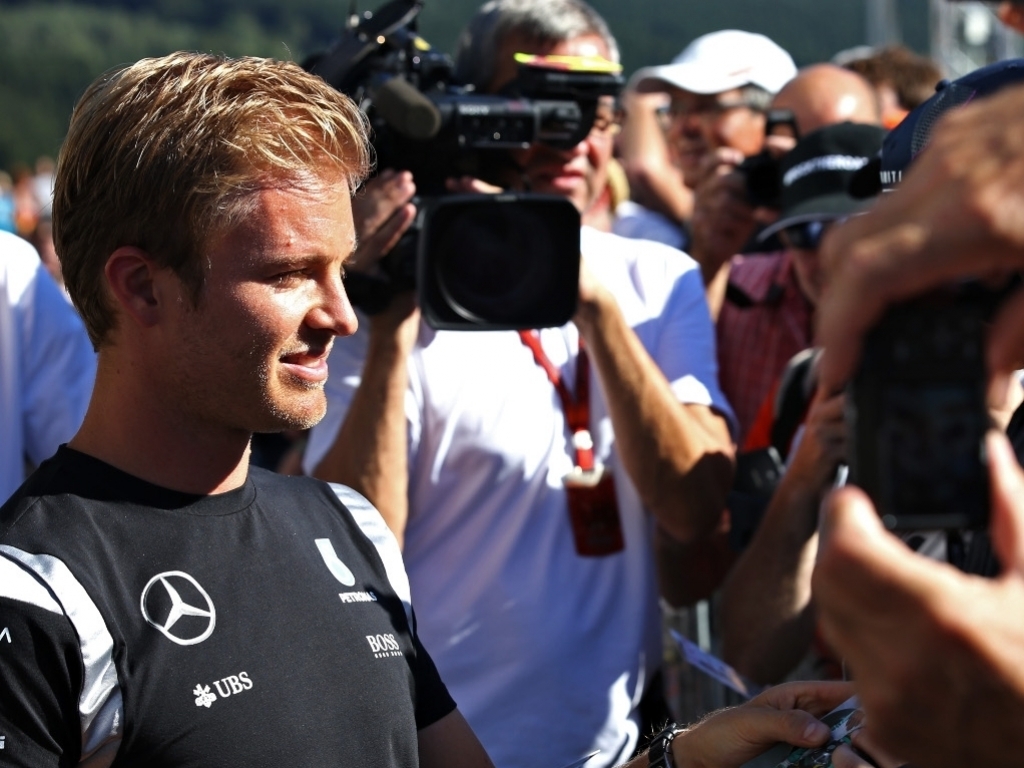 Nico Rosberg has suggested that Lewis Hamilton is not out of the race for the Belgian Grand Prix win as “a bit of luck” could put him into contention.

Mercedes confirmed on Thursday that Hamilton will take an engine penalty as he changes onto a sixth turbocharger or MGU-H or both.

A team spokesperson said: “It is safe to assume he will start from the back of the field or very close but we cannot be more precise at this stage.”

Should Mercedes change just one component, Hamilton will drop 10 places. However, should the team change both, that would mean a 15-place grid penalty.

The German, who is 19 points behind his team-mate in the race for the World title, could have an easy run to the victory.

Rosberg, though, has refuted the suggestion.

“It doesn’t change the pressure that I would put myself under this weekend,” he told Motorsport.com. “Because I would love to have a great weekend, and get the best out of it and win the race.

“Of course I’m aware of Lewis’s misfortune of having to get the grid penalty, and that’s going to make the weekend less difficult for me for sure, because he is my direct biggest rival.

“Nevertheless it’s still going to be a challenge, because if we remember four weeks ago I finished behind two Red Bulls.

“So I still need to beat all the opposition, and even Lewis, you always need to reckon even with him, because with a bit of luck and Safety Cars at the right moment there’s no reason why he can’t come very far back through the grid, especially on a track like here where you can overtake very easily.”

As for the thought of Red Bull taking points off Hamilton this Sunday, which would help Rosberg in his quest for the title, the 31-year-old is more worried about Red Bull challenging him for the victory.

“I don’t look at points and I would just like to win the race,” he said. “The Red Bulls being stronger is going to be a bigger challenge this weekend to try and win the race here, and that’s how my thinking goes.”