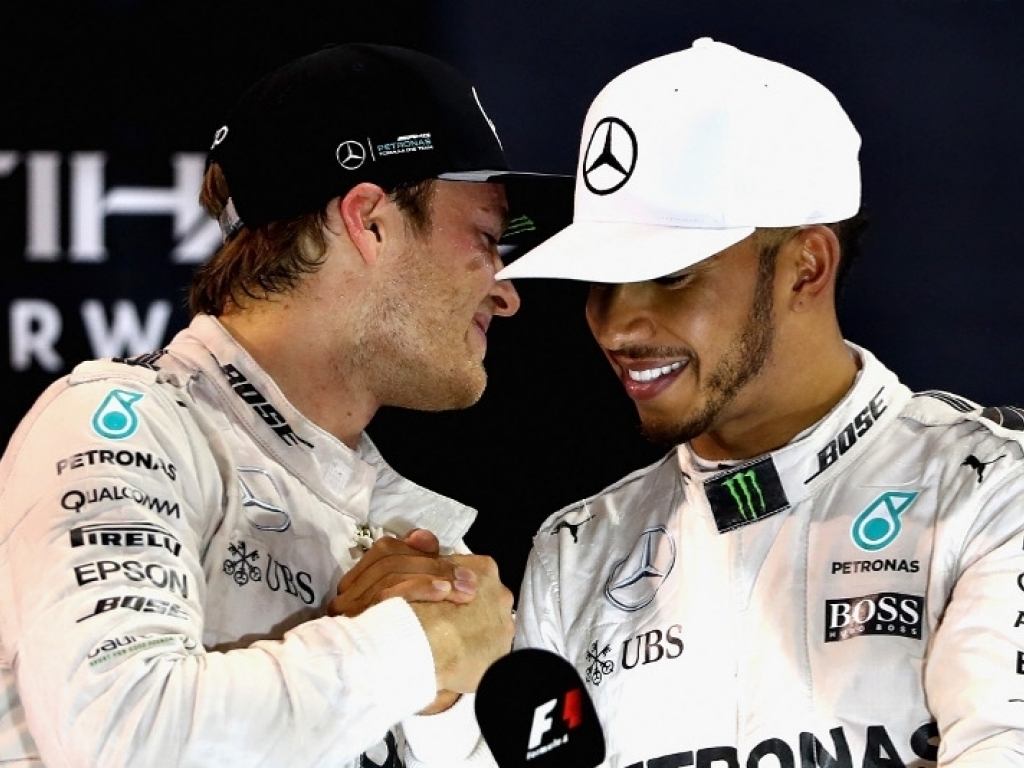 Nico Rosberg believes he could have a better relationship with Lewis Hamilton now that the World Champion has retired from Formula 1.

Their friendship, which blossomed when they were team-mates at Team MBM in the Formula A Karting Championship, came under an increasing amount of pressure when reunited in Formula 1 at Mercedes in 2013.

Lewis Hamilton won the 2014 and 2015 Drivers' Championships, but Rosberg pipped him to the post last year by five points before suddenly announcing his retirement.

Now that Rosberg is away from the sport, he reckons the environment is suitable for them both to become good friends again in the future – but warned it could take time.

"I think it's going to take a little bit more time than that to find our way," Rosberg said at the Laureus Sports awards.

"In general, yes, the competition is gone completely and suddenly, so we have already had some nice relaxed moments.

"Who knows, I'm open to having a better relationship with him again in the future – we were best friends 15 years ago after all."

"I was massively passionate about my racing. It's with that passion that you become world champion after fighting for 11 years in Formula One."

Rosberg was also asked once again about his shock decision to retire.

He added: "Those things were never really on my mind in such a way and none of those things would be a reason for stopping, because really the challenge was the sport – that's what I was racing for."

"Even fighting through those difficult situations, that gives the awesome pleasure afterwards of having overcome those challenges.

"That's what sport is about because we are warriors out there, in the end, on the race track.