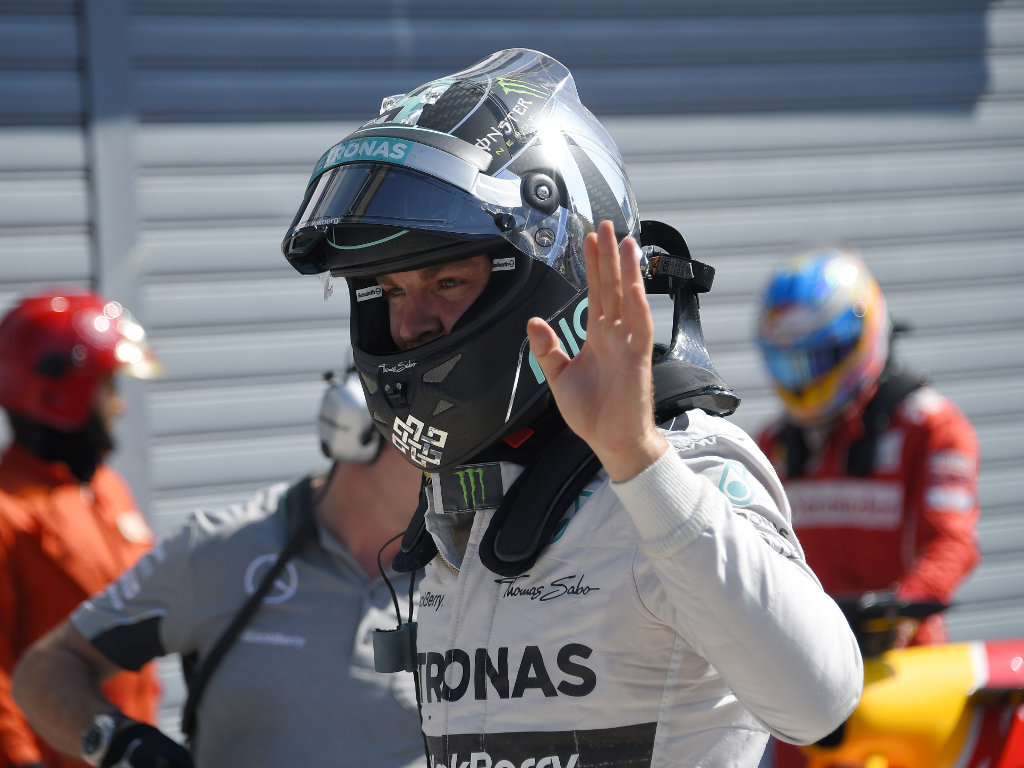 Nico Rosberg insists he is not too downbeat after being beaten to pole position by Lewis Hamilton at Monza.

The Championship pacesetter’s magnificent qualifying run, which saw him start P1 in four consecutive races, came to an end on Saturday as he failed to match his Mercedes team-mate.

Rosberg started well enough though as he was up one tenth on Hamilton in the first sector of qualifying, but he lost his way in the final two and his time of 1:24.383 was 0.274s off his Championship rival’s.

“We are always going to be quicker in some parts and slower in some other parts,” the German said. “So relative to my own lap, it was an okay lap. From that point of view second place is definitely still a good position for tomorrow. It is a long race and anything can happen, just need to work towards the race and try to get a good start and have a good race.”

Mercedes, though, were once again the best team on the track with Rosberg being 0.314s faster than the third-placed Valtteri Bottas from Williams.

“Definitely the team is so great,” he said. “Even on a diffirent track like Monza and coming here, we are still dominant. Of course it’s only qualifying, but that’s great to see. It’s really awesome, the team is doing a fantastic job.”