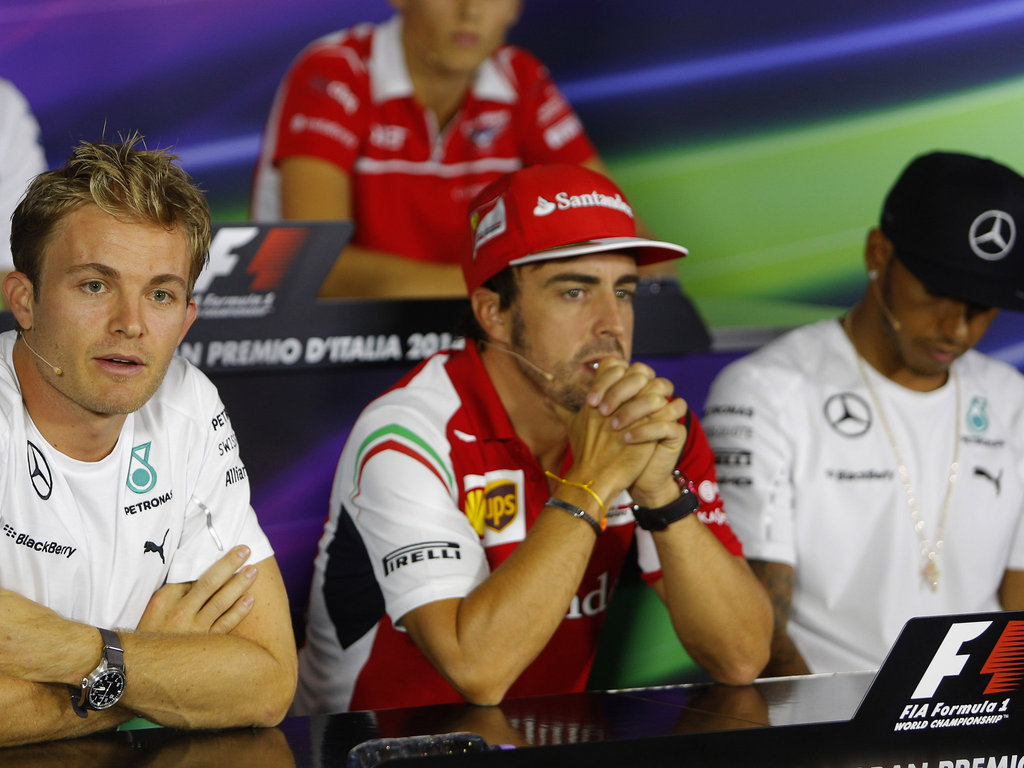 Nico Rosberg has dismissed claims that events at the Belgian GP has led to a division in the Mercedes garage.

Fernando Alonso earlier this week suggested that the Mercedes team could be divided into a Rosberg camp and Lewis Hamilton camp following the fallout from their collision at Spa.

“It is not only the drivers, it is the mechanics and engineers, and the driver’s mind will change when you are against your team-mate because, even if you don’t want to, your mind will always be looking for something weird which is going in favour of the other driver,” the two-time World Champion told Sky Sports.

Rosberg has apologised countless times for his role in the events and he is confident the rivalry at Mercedes won’t turn nasty.

“In general there has been throughout the season a healthy rivalry, within the team also,” the German said during Thursday’s FIA press conference. “That is why we are where we are. We have the best car out there, we are the best team at the moment and that’s because we work well as a team.

“If you don’t work well as a team you can’t dominate the sport as we are at the moment, so that’s proof. It’s been very clear from the beginning that we must not have contact between us team-mates so from that point of view that doesn’t change for the future, that stays the same.”

Hamilton also played down the claims, saying: “I haven’t noticed that is the case.

“We have a professional team, and they just want to win so they will be working as hard as they can.”