Home Uncategorized Rosberg pleased to be ‘best of rest’ 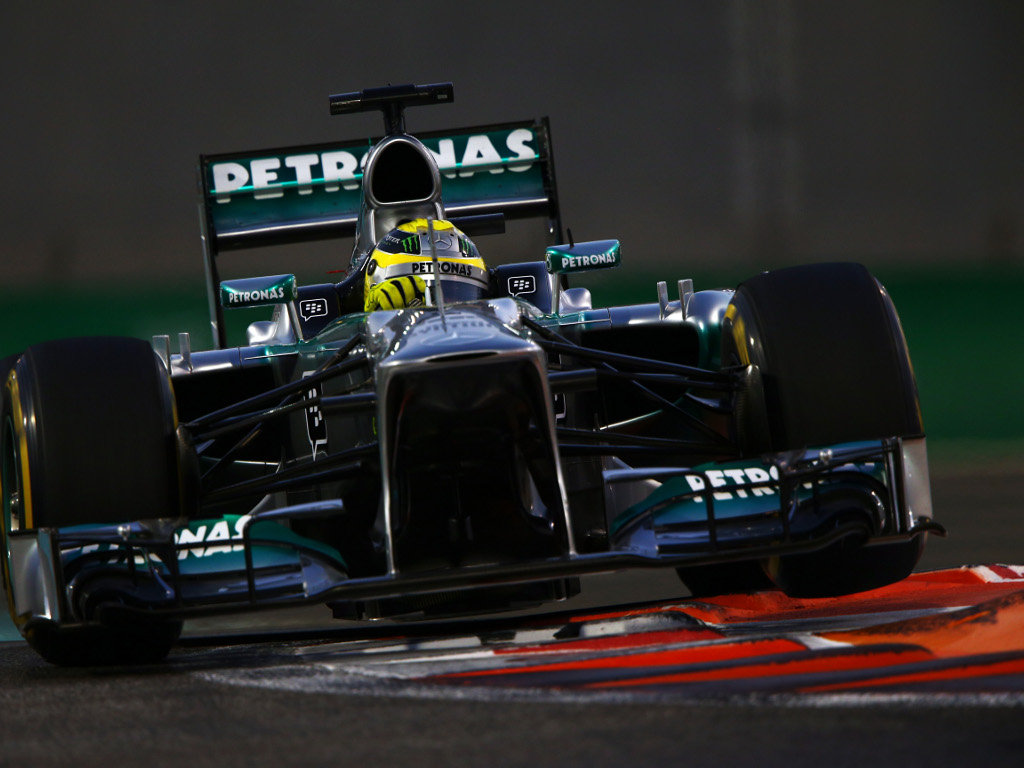 Nico Rosberg had no complaints with his P3 in qualifying for Abu Dhabi, after all he beat every one of Merc’s main competitors…

Nico Rosberg had no complaints with his P3 in qualifying for Abu Dhabi, after all he beat every one of Merc’s main competitors.

Rosberg crossed the line at the Yas Marina circuit with a 1:40.419 which meant he only lost out to the Bulls who claimed the 1-2 with Mark Webber ahead of Sebastian Vettel.

However, more to the point for Rosberg was well ahead of Ferrari, Mercedes’ main rival in the battle for second in the Constructors’ Championship.

Felipe Massa was only eighth quickest while Fernando Alonso wasn’t even inside the top ten.

“In general, I’m pleased with the result with this third place; best of the rest which is our the target for this weekend,” said Rosberg.

“It’s nice to annoy Red Bull a bit from time to time in qualifying but in the end they were just too quick again.

“But anything, I’m third and I’m pleased with that.

“Looking at the Constructors’, that is what counts for us, and we are third and fourth blocking out the second row of the grid.

“Lotus is someone way back but especially Ferrari, who are our main competition, they are well back so that is a very good result for us in qualifying.”