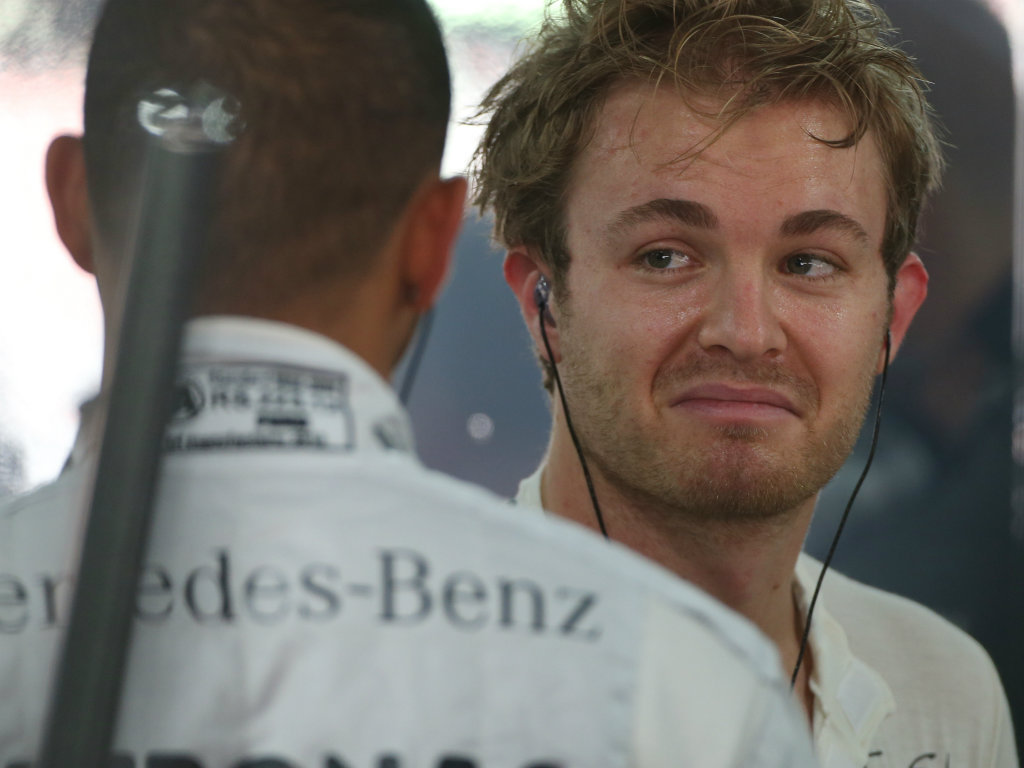 Nico Rosberg was pleased with his Mercedes’ performance during Friday’s practice sessions at the US Grand Prix.

The German finished P2 in third position, two tenths ahead of team-mate Lewis Hamilton in fourth, leaving him feeling optimistic of his chances of a strong performance in Austin on race day.

Although Hamilton admitted that he continued to struggle with the balance on his W04, Rosberg appeared to make some progress with regard to a possible set-up and which tyres to use over the weekend.

“This afternoon, we had a very good session,” Rosberg noted after P2.

“The car felt like it was on rails and I was very happy with the balance. I hope we can give the Red Bulls something to think about this weekend and I will be pushing 100 per cent for another podium.

“It’s really difficult to get it right with the tyres here as the track surface is very smooth and the compounds are very hard. Therefore the tyres are lasting a long time and a lot of people will try to manage only one stop on Sunday.”

Hamilton, in contrast, continued to battle with the set-up of his car and had several off-track moments.

“The circuit was quite green today, which made it pretty slippery out there as we are using the two hardest tyre compounds this weekend,” last year’s winner confirmed.

“After we changed the chassis yesterday, the car felt better to drive, particularly on the long run when it was pretty consistent, so that’s a positive for me.

“The option tyre is working well for a long stint, which may open up some possibilities for us with race strategy. It was a pretty straightforward day although we still have some work to do to nail the set-up because it’s not quite there yet. But we’re all focused on ending the season on a high and taking that foundation with us into the winter.”

Technical director Ross Brawn was also impressed with the pair’s performance after the Mercedes pair finished as the ‘best of the rest’ behind Red Bull duo Sebastian Vettel and Mark Weber.

“It was a fairly straightforward and trouble-free day of running, once we finally got underway after the fog cleared!” Brawn said.

“The track and tyres seemed pretty consistent; the biggest problems came from the gusting wind which was causing a few problems. Overall, the car seems to be in reasonable shape. We completed our programme and particularly the important high-fuel running, and things looked pretty sensible all round.”