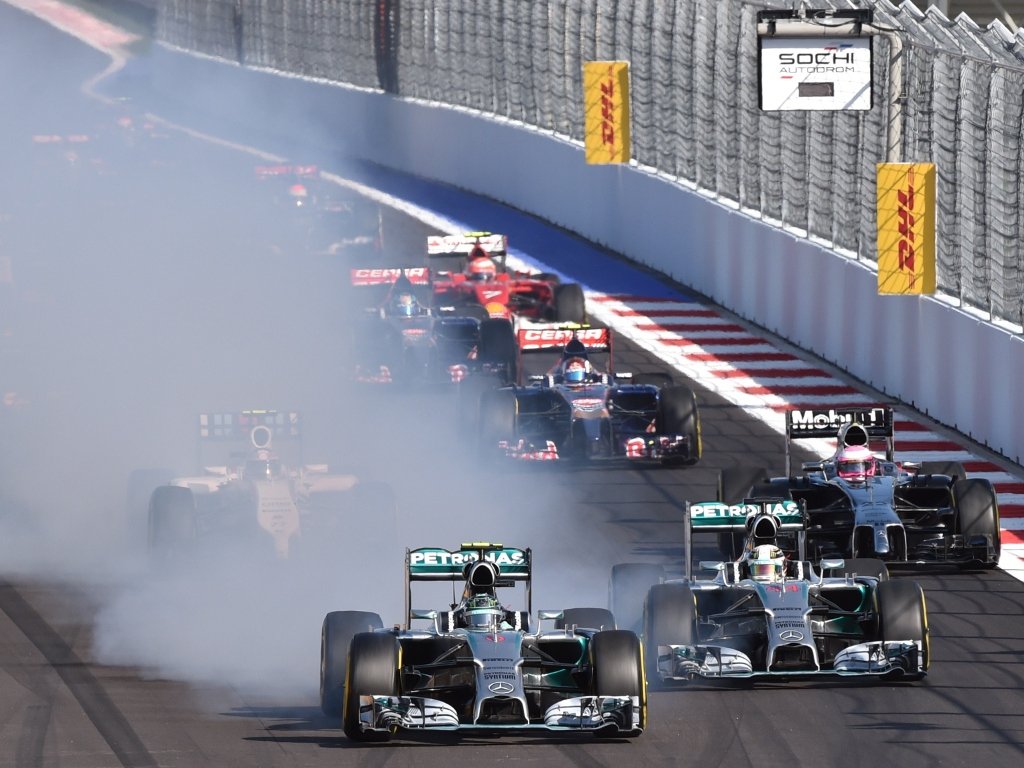 Nico Rosberg shrugged off the disappointment of finishing behind Lewis Hamilton in Russia and paid tribute to Mercedes after they secured the Constructors’ Championship.

The German started second on the Sochi grid at the inaugural race and he initially got the better of Hamilton at Turn 1, but he locked up and cut the corner. He was forced to make an early pit stop after reporting “vibrations” and then did 52 laps on the medium tyres.

He finished behind Hamilton, which means he is now 17 points behind the Briton in the Drivers’ Championship and he immediately apologised to the team for letting them down.

“Sorry guys that was very unnecessary, but thanks for the car and helping me to recover from that,” he said during the slow down lap.

Later in the podium interviews he paid tribute to Mercedes after they wrapped up their first-ever team title.

“Half of me is extremely disappointed that I messed up, but the other half I am really, really happy because everybody in the team deserves it so much,” says Rosberg.

“We have secured the most important title of the season and I am very happy and that’s why I can still smile.

“It’s history for us, and I feel very proud to be a part of it. It’s a beautiful day.”