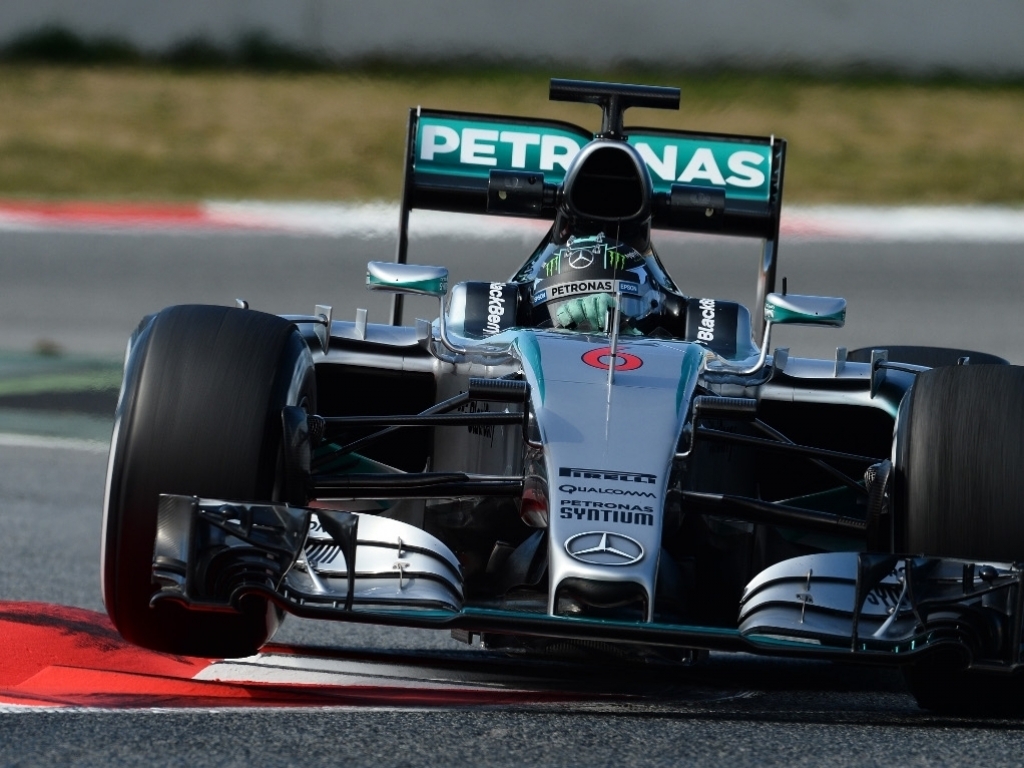 Nico Rosberg may have hit the front on Friday but, rather ominously for Merc's rivals, says the car's set-up was "far away" from what he wanted.

The German driver put in his first run on the Pirelli soft tyres on Day Two of the final pre-season test at the Barcelona circuit. Immediately it became apparent the pace of Mercedes' W06.

Rosberg shot to the front of the timesheets on a 1:22.792, comfortably seven-tenths up on second-placed Valtteri Bottas.

Even more worryingly for Mercedes' rivals is that he has billed as a "difficult" day, although did admit that the soft tyres negated a lot of the problems.

"Today was a difficult day because even though the numbers looked like they were in the right place, actually the set-up was far away from where it needed to be," he explained.

"I don't really understand that. The whole day we have been chasing the set-up and trying to find the right direction.

"It's really difficult to understand which way to go.

"I had a lot of oversteer in the car, so the rear was all over the place, and poor traction.

"The car was not good on the rear, the opposite of planted.

"I always want better and better so we are still a work in progress.

"Eventually in the end it was feeling more and more decent and putting the soft tyre on that gives the grip anyway, so with the soft tyre it doesn't really matter what the balance is because it will be more or less possible to do a good lap.

"I am pleased with my laps because they are both identical – so a good ending."

Rosberg, who was runner-up to team-mate Lewis Hamilton in last year's Championship, added that Mercedes are going in the right direction, it is just taking a long time to get there.

"The whole day we were going in the right direction, but it took a long, long time because we were extremely far away and that and that is extremely unusual and so it caught us off guard a little bit.

"We are confident that we have a good car because we have a great team at the moment, but at the same time we are also well aware that the others have been posting some quick times and keep working."