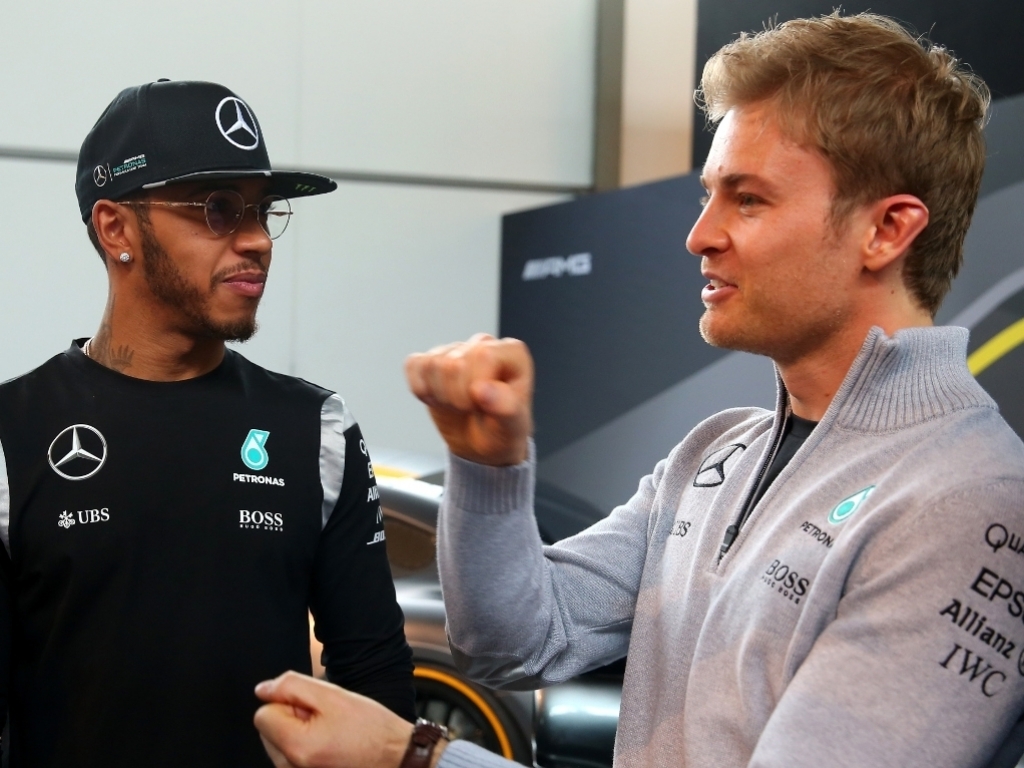 The teammates clashed for the third time season on the final lap of the Austrian GP with their antics infuriating their Mercedes bosses as it cost them the 1-2 finish.

Motorsport boss Toto Wolff has now warned them they are on their “final warning” and any repeat transgressions will hurt their championship chances.

Giving his opinion on the later incident, 92-year-old Walker reckons it may have happened because Hamilton is the one driver that Rosberg fears out on track.

He told the Independent newspaper: “I don’t know, but I would be surprised if Rosberg wasn’t thinking all the time not of Ferrari and Red Bull and Force India and Williams and all the rest, but of his teammate because he knows that Lewis Hamilton is the only person on that grid who has a car that is as good as his,” Channel 4 pundit Walker says.

“I suspect that deep down in his heart he may realise that Hamilton is actually a bit better than he is, in my opinion. There’s very little in it, very little, but when push comes to shove, put Hamilton in the same car as Rosberg and I think he will win.”

Walker says he fans should not be too quick to condemn Rosberg as it is a lot easier to keep a cool head watching on TV than it is being in the cockpit.

“Well it’s so easy to pontificate about who is right and who’s wrong when you’re sitting watching a television set and you’re not in the cockpit and it’s not your decision.

“It’s my personal opinion that Rosberg was desperately – and I mean the word desperately – trying to win the race in the very last stages, he knew he was in danger of being passed by Hamilton and he was determined to stop him.

“He stopped him in the way he did by running wide, and it’s easy to say he shouldn’t have done that. If the red mist is in front of you and the victory is at hand, you’re going to do what it takes.”