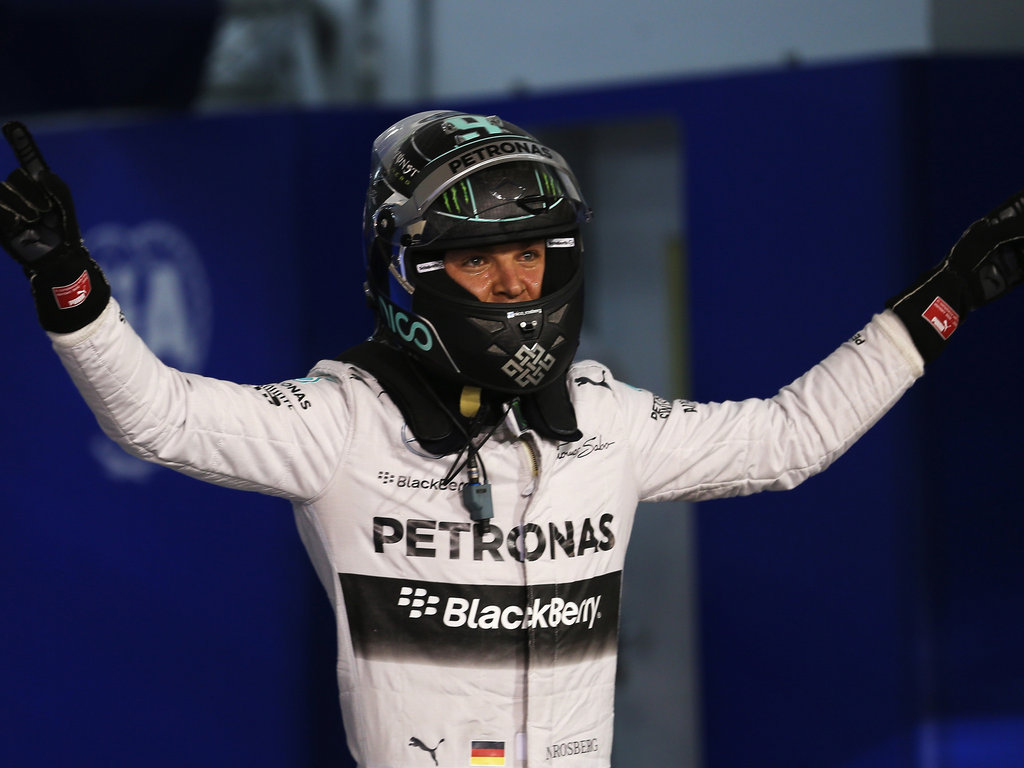 Nico Rosberg is adamant he was not surprised to beat Lewis Hamilton to pole position in Bahrain despite the Brit setting the early pace.

Hamilton dominated the practice sessions in the lead up to qualifying, quickest in all three ahead of Rosberg.

However, on Saturday night it was the German who came to the fore.

Rosberg crossed the line with a 1:33.185 to beat his team-mate by 0.279s and in doing so ended Hamilton’s pole position run.

Asked if he was ‘surprised’ given Hamilton’s earlier advantage, Rosberg said: “Lewis is always tough to beat. Everything needs to go right to be ahead, and here it worked out.

“So surprised? My mind is on pole when I go into qualifying, and that is what I’m going for, so no, I’m not surprised.”

Having taken pole position the four-time grand prix winner now faces an even tougher challenge in keeping Hamilton at bay through the first corner.

Rosberg, though, is confident the Mercedes will have a good fight no matter who edges ahead.

“As Mercedes we’re here to put on a great show.

“You could see some action tomorrow between us. Hopefully not, but it’s very possible.

“We owe it to the fans, to everybody, to put on a fantastic show, and that’s what we’ll do.”

As for his run to pole position under the lights at the Sakhir circuit, the 28-year-old revealed that it wasn’t easy as conditions in qualifying were very different to the heat of the day in final practice.

“It has just worked well through the weekend, finding my way, progressing and getting around some issues and understanding what set-up to go with.

“The challenge this weekend is that free practice sessions were in such hot conditions and it’s very difficult, and you have to guess, sort of, to know what the set-up and the car is going to be like for the cold conditions in the evening.

“It worked out well.

“I felt comfortable and got my laps together. I’m very happy and it is great to start from pole.”