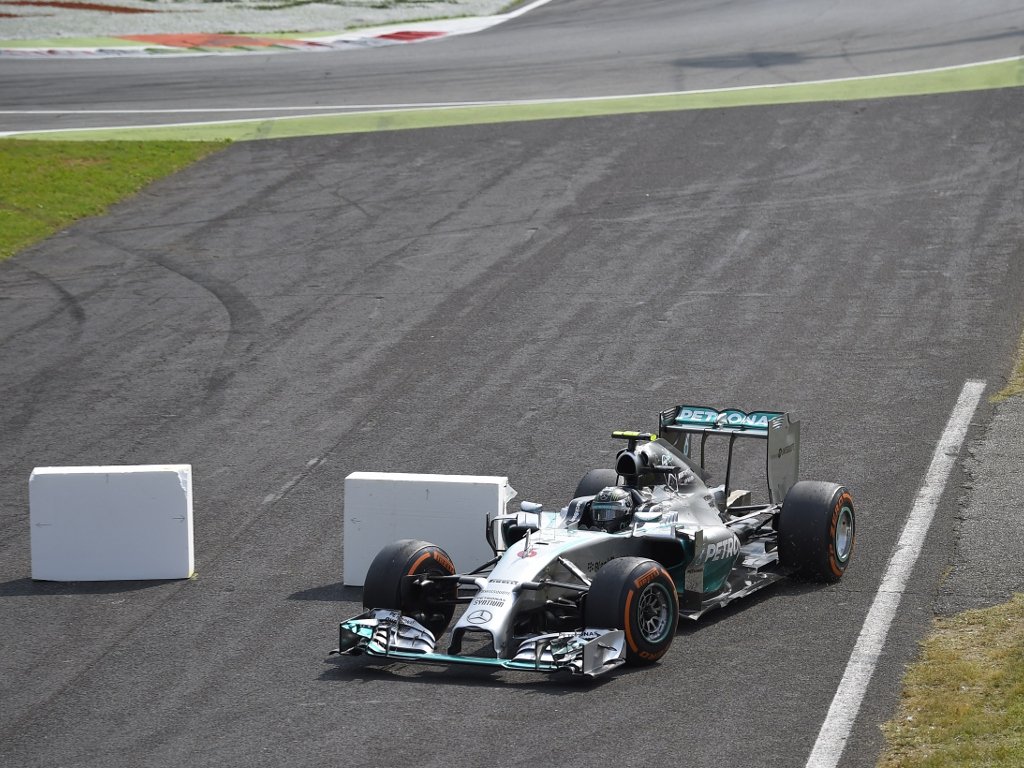 Nico Rosberg insists “there is no possible reason” why he would deliberately run off at Monza, saying he “just messed up”.

The German’s lead in the Drivers’ Championship was cut to 22 points on Sunday after his Mercedes team-mate Lewis Hamilton won the Italian Grand Prix, but his mistakes at the first chicane turned into the biggest talking point.

While in the lead, he twice went off at Variante del Rettifilio and it ultimately cost him victory as Hamilton went past him while he made his way through the bollards the second time.

Mercedes motorsport boss Toto Wolff was asked after the race if Rosberg went off deliberately as part of his punishment for colliding with Hamilton at Spa and he dismissed it saying: “Only a paranoid mind could come up with such an idea.”

Rosberg has also rejected the speculation.

“They (the incidents) might look a bit strange, but it happened in practice,” he said.

“I could have made the corner, no problem, but there was an extremely high probability my tyre would have been square afterwards, and so I would have needed to have made two pit stops and lost a lot of time.

“With Lewis I should have tried to see how it went. I don’t know, I just messed up. And I’ve heard about the theory, but what would be the reason for me to do something like that deliberately? There is no possible reason.

“If you’re ordered by the team to do it then you would do it, but there is no reason why the team would ask me to change position, or something like that.

“The only thing in people’s minds could be Spa, but Spa was a mistake which I’ve apologised for.

“It’s not something where I have to give back something. Mistakes happen and that’s the way it is, an apology and on we go.

Rosberg was also once again booed on the podium at Monza, with the fallout from the Belgian Grand Prix still fresh in the minds of the fans, but the 29-year-old hopes time is a healer.

“[The booing] is not nice, but what can I say. I hope that with time they forgive and forget – that will be great,” he said.

“I have apologised, I cannot do anything more than that. That is it.”

Related links
‘We didn’t ask Nico to miss the chicane’