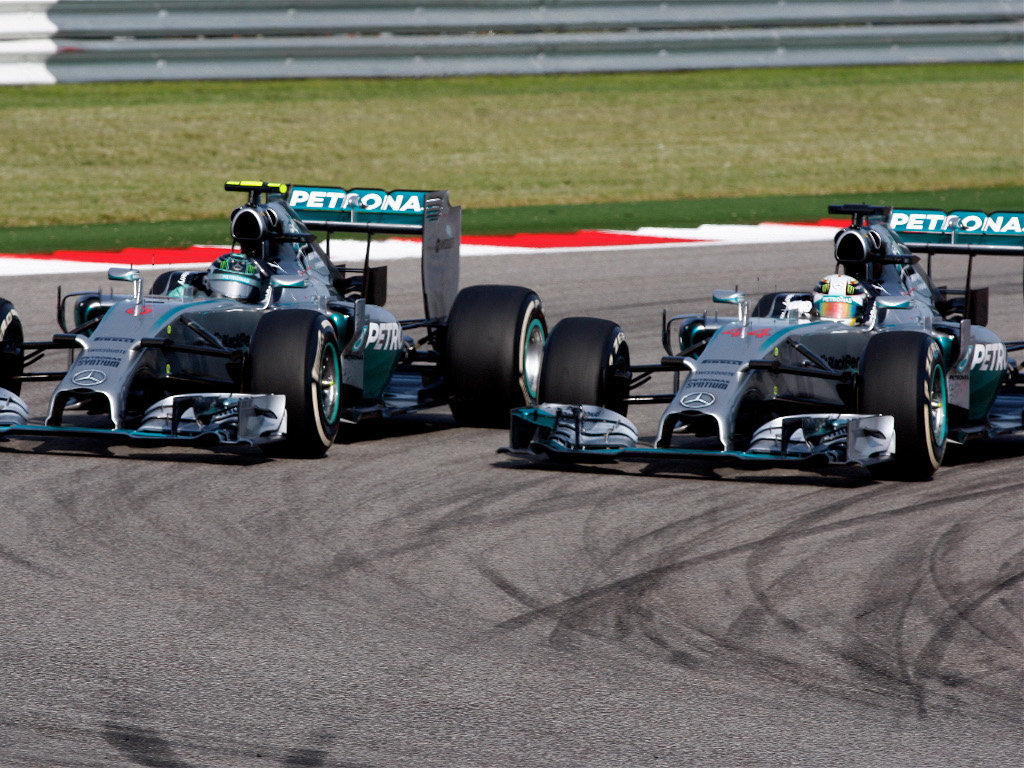 Nico Rosberg has admitted that he “used the wrong thing” to try to get more KERS during his battle with Lewis Hamilton in Austin.

The German started Sunday’s United States GP in pole position and he made a solid start, but Hamilton kept chipping away at his lead and he outmuscled his team-mate on lap 24.

It proved to be a fairly straightforward pass and he went on to win the race by a comfortable margin.

Rosberg, though, has revealed he made a mistake just as things were about to get interesting.

“I just found a new thing that I made a mistake because I used the wrong thing to get me more KERS. I thought I was using the right thing but there was a delay in that one,” he said.

“If I did it with a button it would be immediate, but with a switch there is a delay, so I never got the extra KERS. So I had a big derate, which is why in the last metres he got a good jump on me. So, that was a mistake that I didn’t know about.

“The last part. I went for extra boost but the way I did it, it only comes on with a delay so I didn’t get extra boost at that particular moment. When I saw him coming I decided to go for extra boost, but I never got it.”