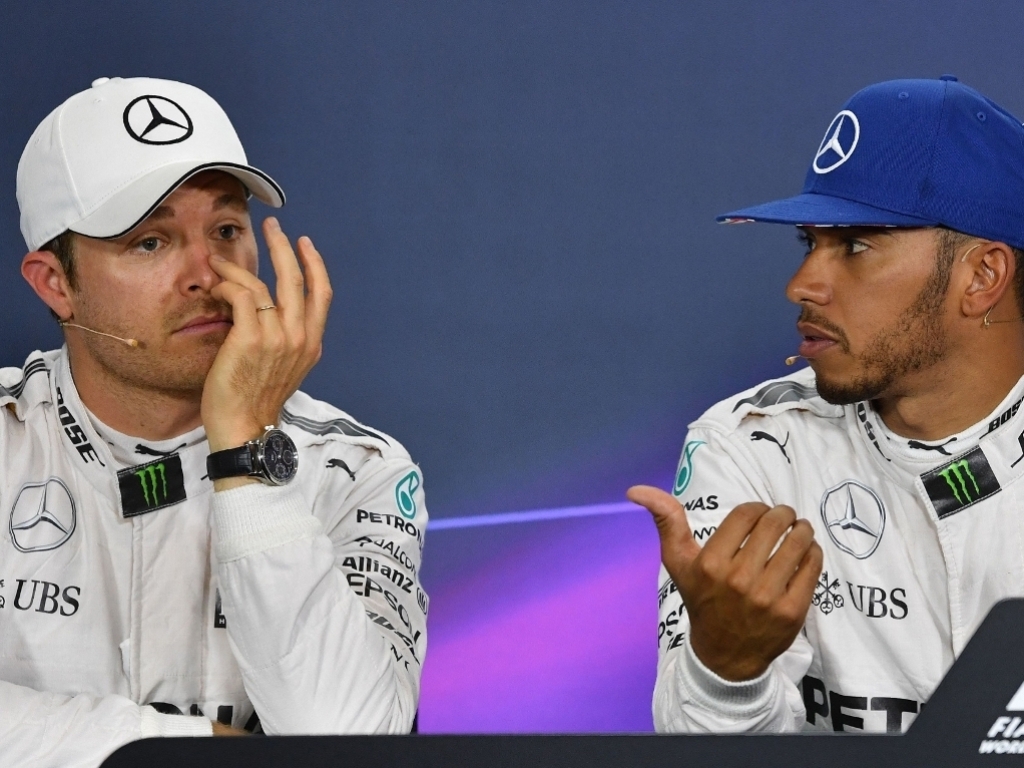 Nico Rosberg may not always enjoy battling with Lewis Hamilton, but even he concedes it is a good for Formula 1.

On Friday, Mercedes announced that the German had re-signed with the team and would continue to partner Hamilton through to the end of the 2018 season.

Put to him that the Mercedes team-mates are putting on the “best ‘frenemy’ show in a long time”, Rosberg told the official F1 website: “Ha, at least there are some positives in it…

“Believe me: not much of it is for show, that is for sure. We are racing out there – two pure passionate racers wanting to win the race, the title, and the laurels!”

Asked if he ever sat down with Hamilton and had a chuckle over the show they are putting on, he replied: “No show!”

But, he then conceded, that in the ‘art of Formula 1 entertainment’, “you do what you can.”

The team-mates are locked in an intense battle for the World title with Rosberg leading by just one point after his season got off to an incredible run of four race wins in succession.

“Look at it this way: to beat him gives me the biggest thrill,” the championship leader admitted. “That is the most exciting race win I can get, beating him in a straight fight.

“He is the World Champion – he’s the guy to beat. And that is what it is all about: the challenge, the battle, and the win. That’s where the adrenalin comes from.”

However, asked if it could be ‘better to have him two garages away’, Rosberg said: “It is good like it is.”