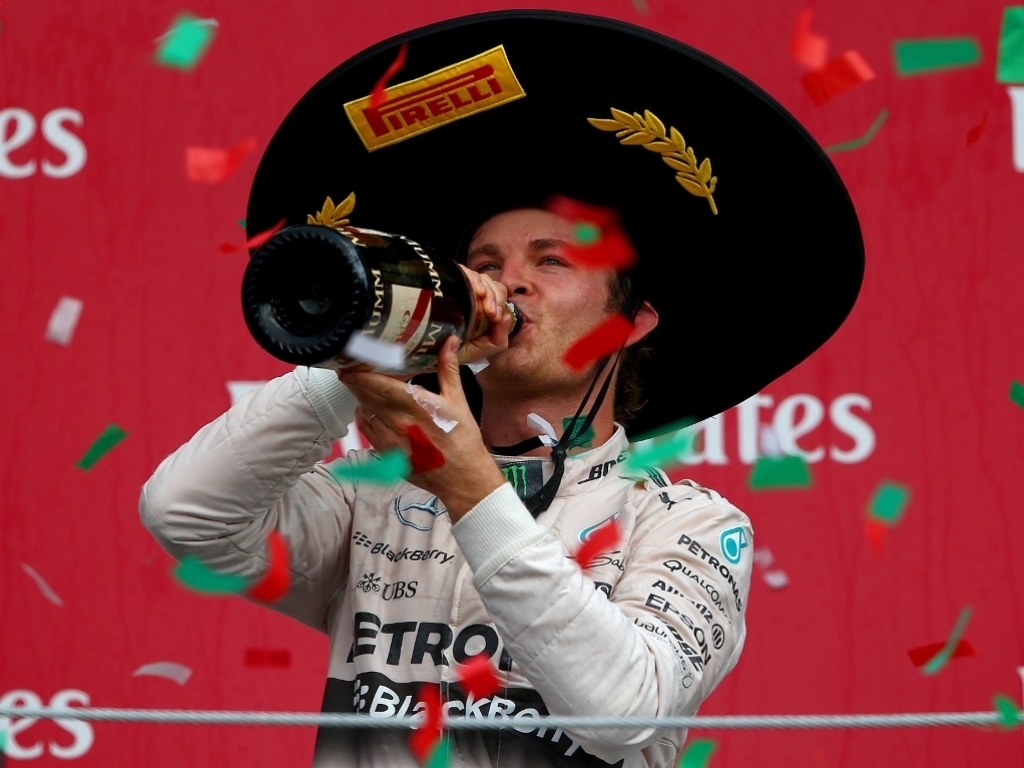 Nico Rosberg admits his strong start at the Mexican Grand Prix was "maybe the most important part of the race".

The German started in pole position for the fourth successive race, but he failed to claim victory in the previous three and his sluggish getaways at the Japanese and United States Grands Prix in particular saw him lose position to team-mate Lewis Hamilton at Turn 1.

There was plenty of talk about the first corner heading into the race at the Autodromos Hermanos Rodriquez, but Rosberg handled it expertly and didn't give Hamilton any space.

He then took control of proceedings and went on to win it ahead of Hamilton.

"It’s just like everything else, I keep on working on it, trying to make everything perfect," he said about his excellent getaway. "Today it worked out to keep first. That was important, maybe the most important part of the race. I’m very happy about that."

Mercedes decided to change from a one-stop to a two-stop strategy midway through the race and Hamilton immediately questioned the decision, but Rosberg admits he also had doubts over it.

However, he accepted the decision and in the end it didn't make much of a difference.

"At the time [of the second stop], it was not so good. I did not want to come in. I was really comfortable with the tyres, I had a good gap to Lewis and this was going to reset things a little bit," he said.

"I was not too happy with that but I understand, it was the better thing to do, especially with the safety car that came out. It was important to have fresher tyres.”

"I was able to control the race. The only moment that was a bit difficult was the restart with the old tyres but it was okay."