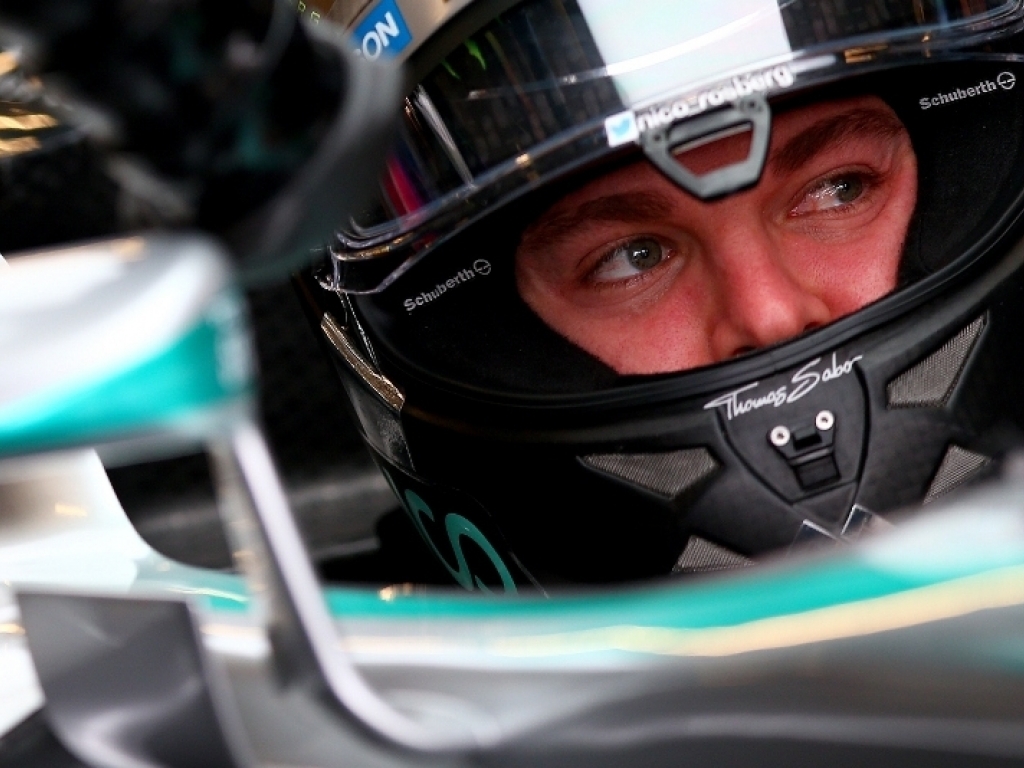 He may have a battle on his hands to beat Sebastian Vettel to second in the standings, but Nico Rosberg insists his main motivation is to get the better of Lewis Hamilton.

The 2015 Drivers' Championship has already been decided after Hamilton clinched his third title at the United States Grand Prix last time out. Although Rosberg finished second in Austin, he still finds himself four points behind second-placed Vettel in the standings with only three races to go.

When asked by Sky Sports F1 if his motivation this weekend is to beat the Ferrari driver to second, he replied: "No that's not my motivation. My motivation is beating the guy next door to me."

Rosberg had a mixed debut at the Autodromo Hermanos Rodriquez on Friday as he was fifth fastest in FP1 after his brakes caught fire, but he certainly got the better of Hamilton in FP2 as he topped the timesheets while his Mercedes team-mate was down in fourth.

It was a difficult day for most drivers due to the new asphalt and a few spots of rain, but the German is excited about driving at a new track.

"It is a challenge, we are really on the edge here on the brakes," he said. "If you cool the brakes more you lose performance because you need to open up the car and you lose downforce, so you go slower. You always want to be on the edge and here specifically is quite difficult because we are quite high up – it is like a ski station in Europe!

"The air is very thin so it doesn't flow very well through the car and down the straights there is no resistance. We had the Monaco rear wing on the car with full downforce but we are doing Monza speeds, so it is quite impressive."

He added: "It is unique, very slippery because the asphalt is new. It is smooth and doesn’t have a lot of grip so we are sliding about a bit. It reminds me of my youth because the corners are tight, so it is a bit like a go-kart track, but it’s great to drive. Going through those two stadiums, one is a fake one, but one is a real baseball stadium… I think it is an awesome atmosphere."