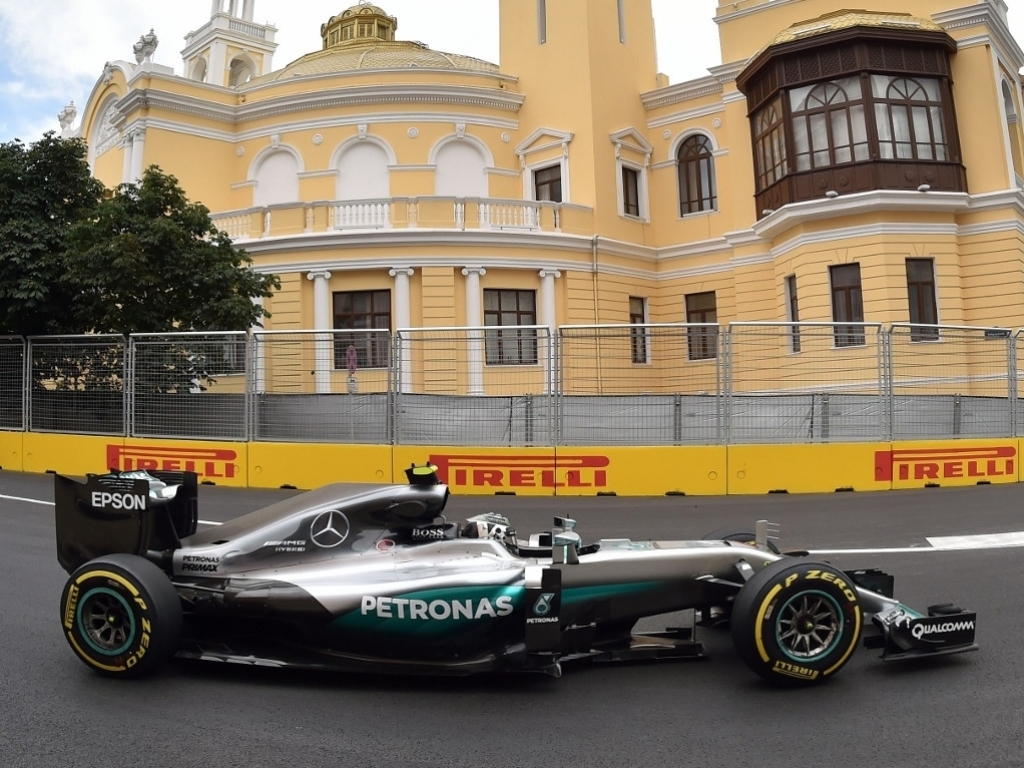 Starting on pole position at Sunday’s European Grand Prix, Nico Rosberg is not ruling out his teammate Lewis Hamilton, who qualified in P10 after crashing out.

The German Mercedes driver took advantage of Hamilton’s mistake in Q3 and claimed P1 shortly afterwards, but refused to think anything of it as he knows the Brit has the capabilities to tear through the grid no matter where he starts.

Rosberg also added that he is looking forward to the race tomorrow, saying that F1 fans can expect one of the most exciting GP’s in recent times.

“It was great. It was one of the more challenging sessions out there, but it worked out well,” said the Championship leader.

“All weekend I was building towards it and qualifying was really optimum, it felt good.

“Lewis has shown very often from 10th place he can come back strong. In Russia he finished an easy second.

On the Baku City Circuit, Rosberg warned that there is very little margin for error and added that there could be a lot safety car moments throughout the race.

“The race I am sure is going to be very exciting,” he continued.

“It’s a very demanding track here and you are not allowed to make a single mistake, so it will be a long race with a lot of things going on.

“It is one of the easiest tracks to overtake, so there is going to be a lot of changing places I think, a lot of safety cars as well, exciting restarts. It should be a good show!”