Home Uncategorized Rosberg: Thankfully we are both fine 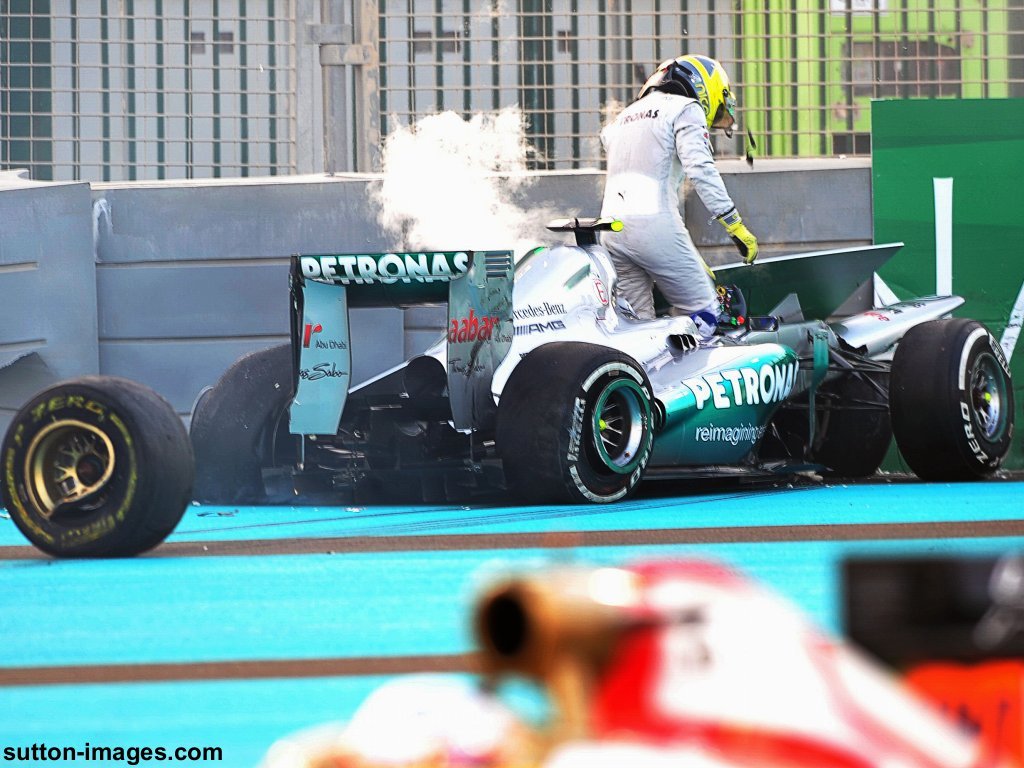 Nico Rosberg believes there was nothing he could do to avoid Narain Karthikeyan as he smashed into the HRT under braking at the Yas Marina circuit.

Working his way through the field after pitting early for a new nose, which had been broken in a first lap incident with Romain Grosjean, Rosberg came up behind Karthikeyan.

Looking to take the HRT for position, the German instead slammed into the back of Karthikeyan’s car and was launched over it before smashing into the barriers.

Thankfully both drivers were unhurt in the crash.

Explaining what happened, Rosberg said: “Narain told me that his steering broke and he needed to brake which I didn’t expect in that high-speed corner.

“There was no time for me to react, and I’m very thankful that we are both fine.

“I went to the medical centre for a precautionary check but everything is good. I will look forward now and hope for a better two races to end the season.”

As for Karthikeyan, he revealed that a hydraulic problem resulted in him losing his steering.

“On lap 9 we had a problem with the hydraulic pressure and steering of the car went rock solid, so I had to lift my foot off the accelerator,” said the Indian driver.

“Unfortunately, Rosberg was coming from behind and couldn’t avoid me. It was remendously unlucky.”