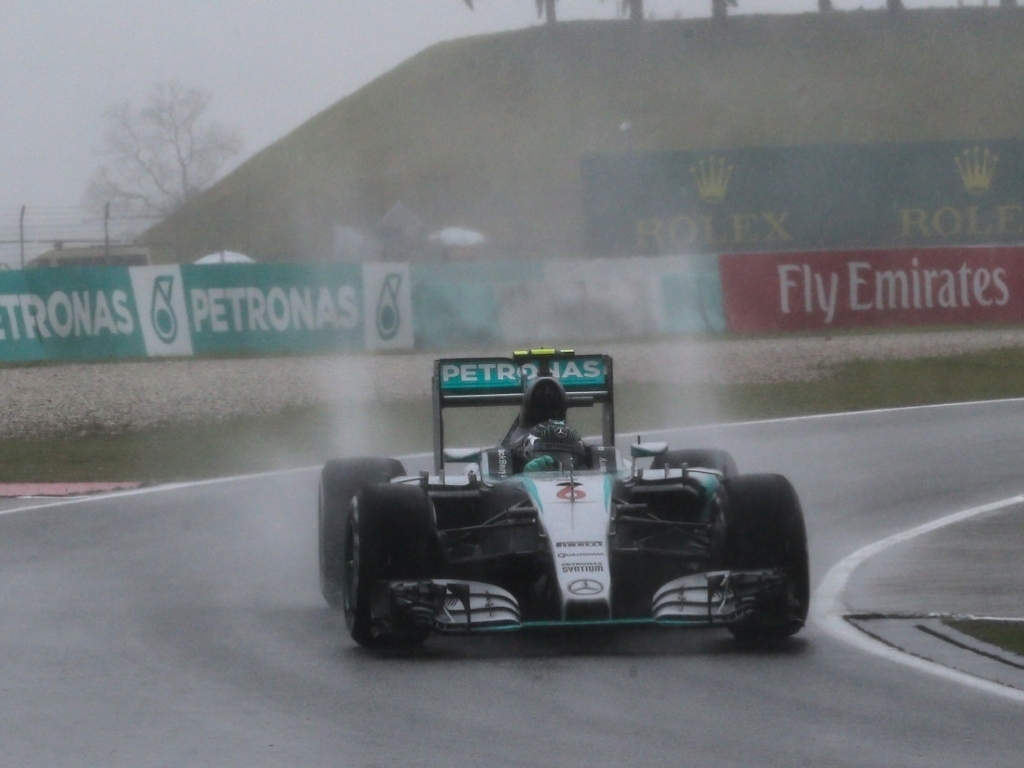 Nico Rosberg was left disappointed with his qualifying display ahead of the Malaysian GP, saying third place wasn't good enough.

Mercedes were expected to lock out the front row of the grid at Sepang, but Rosberg fell short as his team-mate Lewis Hamilton claimed pole with Ferrari's Sebastian Vettel second.

Hamilton's first flying lap of 1:49.834 proved to be good enough as neither of them were able to improve on their times. And to rub salt into the wounds, Vettel moved up to P2 with his last lap to split the two Mercs.

"Third is not good for tomorrow but that is the way it is," Rosberg said.

"It was interesting conditions out there, I have seldom had so much grip in wet conditions. Third is on the clean side of the grid, so that should help me get past Sebastian Vettel at the start."