Home Uncategorized Rosberg thought it ‘was over’ at Turn 1 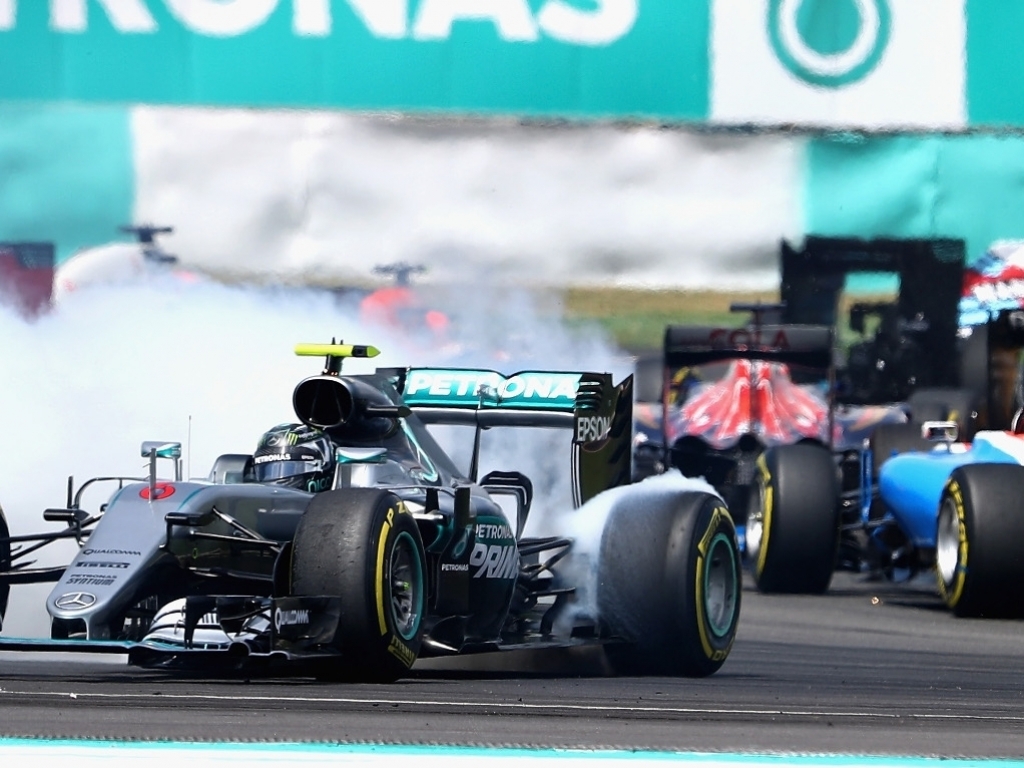 Nico Rosberg believed his Malaysian Grand Prix was over at Turn 1 as he was hit from behind by Sebastian Vettel, only to recover to the podium and extend his championship lead.

Rosberg was the victim of a first corner battle between Vettel and Max Verstappen that resulted in the Ferrari driver clipping the Mercedes in front of him.

Rosberg was pitched into a spin and dropped from second on the grid, to 16th place.

The German, though, put in a stellar driver to recover to fourth which became third when he overtook Kimi Raikkonen out on track.

And although Rosberg was handed a 10-second time penalty for colliding with Raikkonen in that move, he crossed the line 13 seconds ahead of the Ferrari driver to hold onto third.

It could, however, have been a very different story.

“Turn 1, I thought it was all over so I’m really happy to be able to fight back in such a way all the way to the podium,” said Rosberg.

“Thank you very much to all in Malaysia, you have been amazing this whole week.

“In general I wished for a better day, but that’s the way it is some times.”

Pressed on how he was feeling after extending his lead in the championship race to 23 points over Lewis Hamilton, who retired when his engine expired, Rosberg replied: “I’m feeling at the moment a bit tired after that race.

“But it is a good moment in general and I’m looking forward now to the next one.