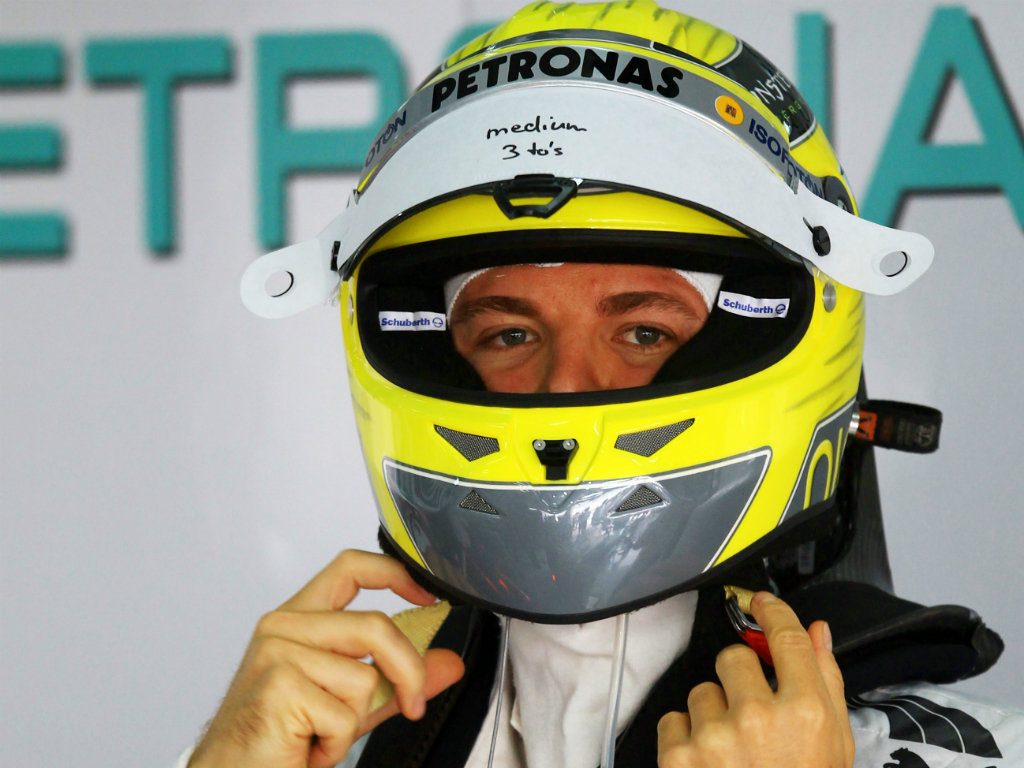 In sharp contrast to his team-mate’s assessment, Nico Rosberg believes Pirelli’s tyres are good for F1 as they add to the excitement…

In sharp contrast to his team-mate’s assessment, Nico Rosberg believes Pirelli’s tyres are good for F1 as they add to the excitement.

Following the Bahrain GP, Michael Schumacher hit out at Pirelli saying that “everyone has to drive well below a driver’s, and in particular, the car’s limits to maintain the tyres.”

The German also asked the question of “whether the tyres should play such a big importance” in the outcome of grands prix.

But it seems not everyone at Mercedes shares Schumacher’s opinion of the Italian rubber as his team-mate, who won this season’s Chinese GP, reckons they are “great.”

“No,” Rosberg told Autosport when asked if races were becoming a ‘tyre-based lottery’. “It’s just a very different game.

“That can be a very big key for the season, so we’re pushing hard to try and understand that quicker than others.

“Personally, I think it’s great for the season. We’ve had four winners in four races, (so it is) all mixed up. It couldn’t be better for Formula 1.

“Also within the races, with the tyre degradation and with lots of overtaking, we’ve had lots of exciting races.”

Related Links
Pirelli: Blame the car, not the tyres