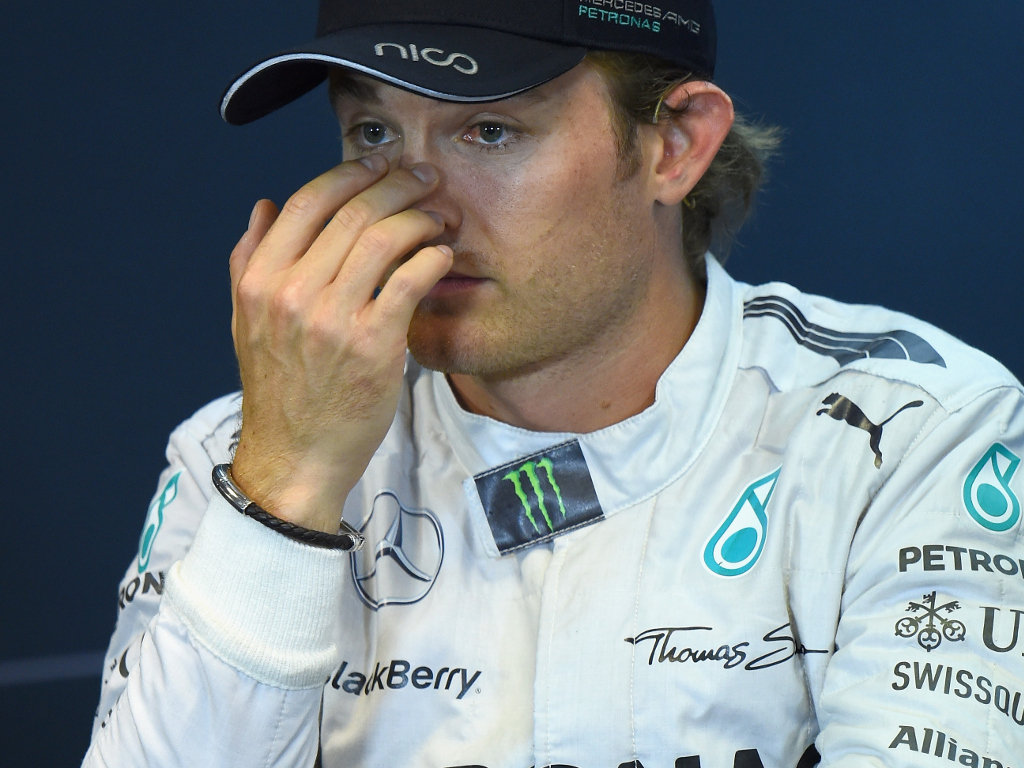 Although Nico Rosberg is “not” concerned about Lewis Hamilton’s previous title fight experience, he concedes it “might” help his team-mate in their battle…

Although Nico Rosberg is “not” concerned about Lewis Hamilton’s previous title fight experience, he concedes it “might” help his team-mate in their battle.

As the Formula 1 Championship heads into the final run, the battle is firmly between Rosberg and Hamilton for the Drivers’ title.

The duo are separated by 22 points with 175 still to play for, 50 of which are on offer for the season-ending Abu Dhabi Grand Prix win.

And while fighting for a F1 title is a new experience for Rosberg, this is not Hamilton’s first – or even his second – attempt at securing the crown, which he did back in 2008 with McLaren.

Rosberg, however, is not letting his team-mate’s past experience get to him.

He told Sportal: “It’s not a concern for me.

“It might help him, yes, quite possibly having those experiences. But it’s not something that I am concerned about. I’m focused on my own thing.

“He is a strong competitor, he has his strengths and weaknesses, but I concentrate on doing my job with my team and getting the most out of it.”

And although the pressure is undoubtedly mounting given what is at stake, 29-year-old Rosberg says he is relishing the opportunity that Mercedes have given him.

“At the moment, I am enjoying the moment more than I ever have in the sport because I get to a race and I have a car where I know I can be on pole and I can win.

“That’s such a special experience and also this confidence that every race we go to, we have this dominant car. That just increases the enjoyment factor even more.

“That’s the overwhelming thing at the moment and, thankfully, my mind is just focused on the moment.

“Trying to win [at] Monza was all I was thinking about: getting a good qualifying and a good start and everything. It didn’t work out and now I look forward to Singapore.

“I’m going to go out there very optimistic and out there to win, not just to get some points.”

To date Rosberg’s best finish in a F1 Championship was last season’s P6 while the German has finished seventh three years running from 2009 to 2011.