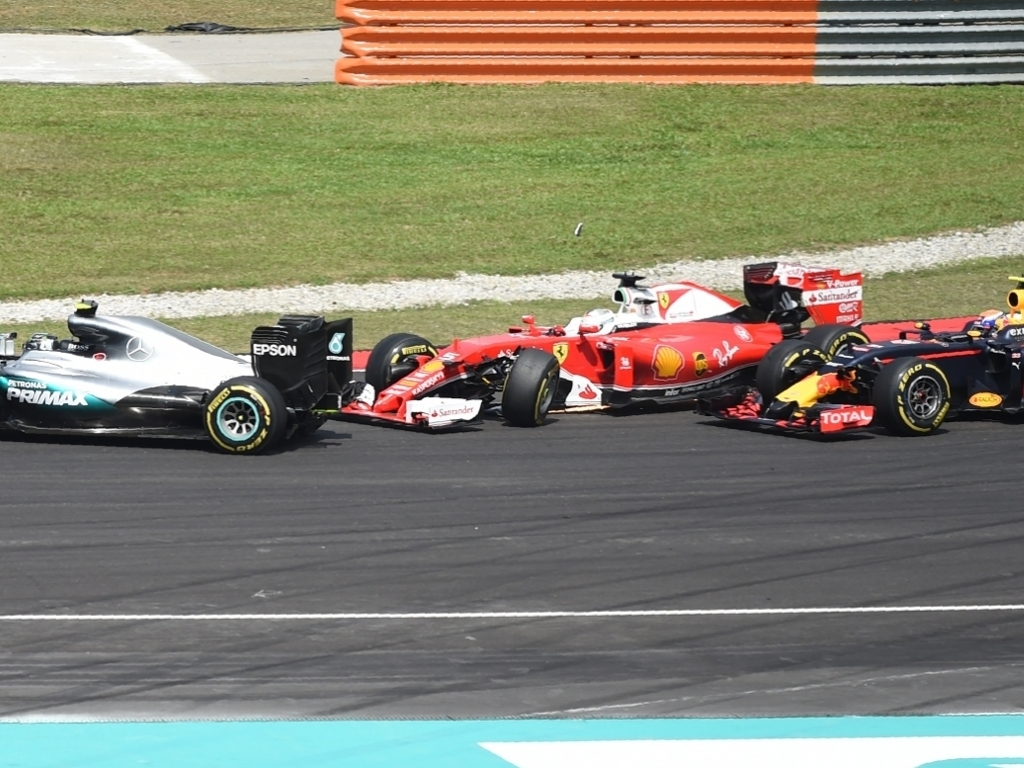 After crashing into him at the start of the Malaysian Grand Prix, Sebastian Vettel phoned Nico Rosberg to apologise, the Mercedes driver revealed.

Initially, Vettel told reporters that it was a racing incident and indirectly blamed Max Verstappen. However, after being deemed predominately his fault by the racing stewards, the Scuderia driver seemed to have changed his tune during the phone call with his fellow German.

“He apologised, which is nice. It doesn’t get me back the points that I lost, but it’s still nice to hear that.”

Rosberg actually thought his race was over after being hit in the rear by his compatriot, but the Championship leader managed to fight his way back and finish the race P3.

“The start was good – I was just on the outside of Lewis (Hamilton) and felt a massive hit on the rear which spun me around. For me I was sure that was it, I was sure the car was broken,” he continued.

“Of course I spin turned it as quickly as possible and got going, and surprisingly the car was still okay. The thing is, it got a bit damaged but still more or less okay to drive it. I was really surprised.

“Then of course, full attack – that was all I could do. It was quite enjoyable at times to fight through the pack like that and pass left, right everywhere.

“Got through all the way and then fighting Kimi (Raikkonen), my move was a bit for sure very aggressive and I accept to get a penalty for that, and that’s it

“Thankfully it didn’t hurt my result, so P3 – which of course was good damage limitation today even though I set out to win the race so not idea, but okay. That’s how it is.”

Vettel was handed a three-place grid penalty as a result of the incident ahead of this weekend’s Japanese Grand Prix,  while Rosberg extended his Championship lead after Hamilton suffered an engine blow-out.