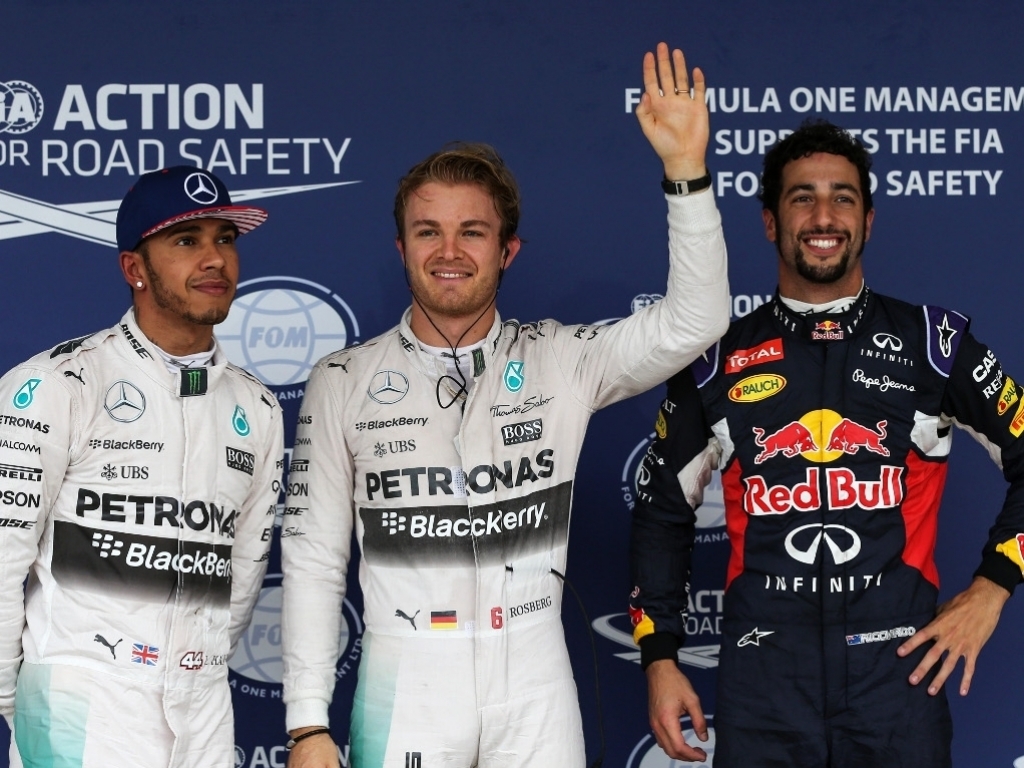 Nico Rosberg's chances of grabbing the title may be almost over but the German is still determined to add race wins to his tally, starting in Austin.

The grid was decided on the times from Q2 given the deteriorating conditions in Sunday's delayed qualifying session meant Q3 was cancelled.

"It was a really good qualifying," Rosberg explained. "I felt comfortable in the car.

"It was difficult out there with the aquaplaning and everything because when it happens you struggle to have control over the car and it just snaps suddenly.

"It was quite challenging out there."

He heads into the race knowing he needs to beat Hamilton no matter what because if the Brit gets ahead of him, he only needs to outscore Rosberg by two points – and Sebastian Vettel by nine – to seal the title.

Asked how badly he wants to win and what sort of race he is expecting, Rosberg said: "The win, for sure very badly.

"For the race, I have no idea. It is supposed to be drying out from now onwards but it really doesn't look like it out there. So who knows.