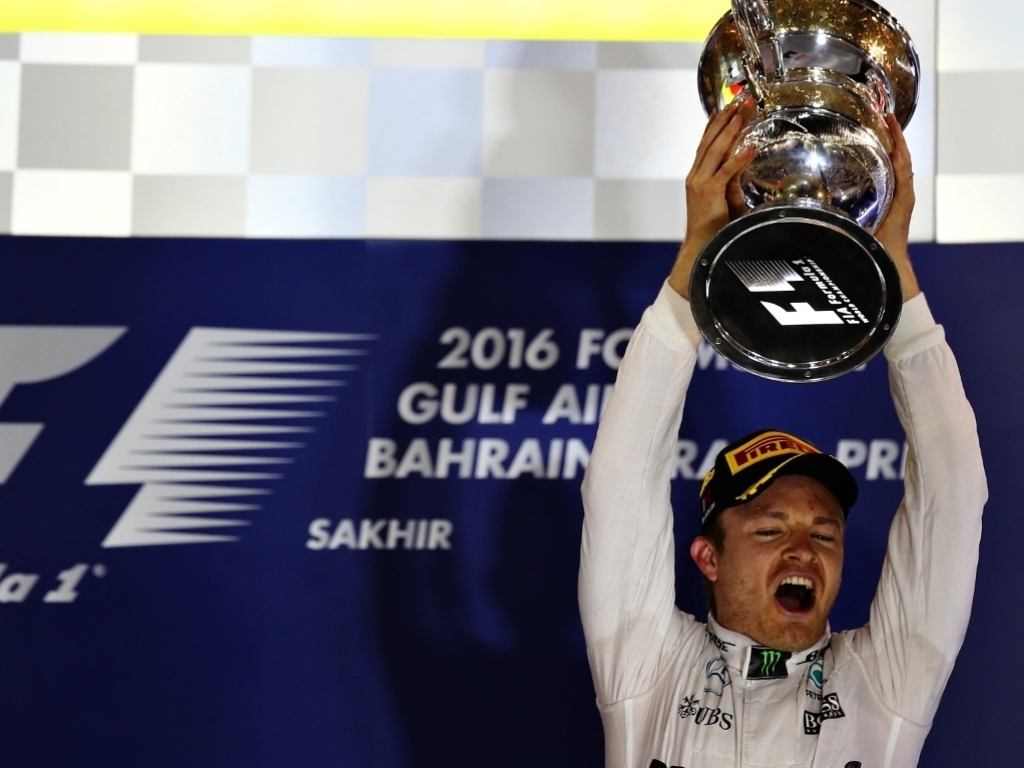 Nico Rosberg may be two-from-two for this season but the Championship leader admits he is wary of the challenge that could come from Ferrari as well as Lewis Hamilton.

Although Rosberg has claimed two race wins on the trot, in both Australia and Bahrain he was given a bit of help from his rivals.

Ferrari failed to get both cars to the chequered flag in Melbourne while a strategy mistake cost Sebastian Vettel out on track.

Two weeks later the German’s car failed to make it to the start at the Sakhir circuit while a tardy start from Kimi Raikkonen put him on the back foot.

Rosberg raced to an unchallenged win under the lights but concedes F1 has yet to see the best of Ferrari this season, who are 8/1 to win the title with bookmakers Paddy Power.

“I was in control, we were managing the race, strategy-wise, pit stop-wise, taking our time, just bringing the race home,” he told Autosport.

“At the same time, of course, Kimi showed good pace in the race, and we know that Ferrari is super close. We saw that in qualifying.

“So we need to keep pushing because they haven’t shown what they are capable of yet, that’s clear because they’ve had so many mishaps which have cost them dearly.

“So we have not seen the real Ferrari yet. We need to be careful because they are coming at us strong.”

Ferrari, though, are not the only threat he faces.

The German’s team-mate Lewis Hamilton, who remains the favourite to win the title, has had two bad starts in a row this season and Rosberg feels when he gets that right, Hamilton will be back in the hunt.

“I’m not rejoicing in his issues, I’m really focused on doing my job, getting the perfect start as I did today and beating him in that way,” said Rosberg.

“That’s what I’m pleased about for now, but Lewis is going to come back, I know that as he has been so strong over the last two years. That’s for definite.”

As for the Championship race, Rosberg leads Hamilton by 50 points to 33, but he insists he’s not thinking about that just yet.

“It’s not something I think about,” he explained. “I’m just taking it race by race and it’s great to win here today, great to win two on the trot and that’s it.

“Next race – where are we going, China? It is a good moment because we have a good car and I just want to make the most of it.”