Home Uncategorized Rosberg was in ‘control’ 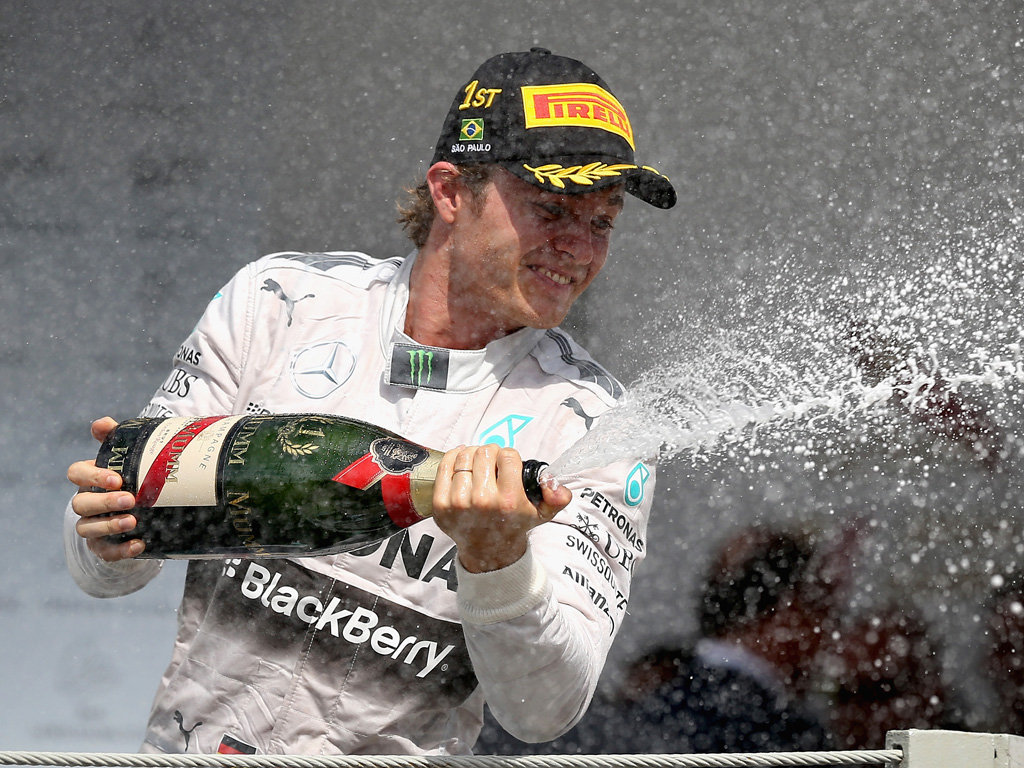 Nico Rosberg reckons his Brazilian GP win was never in doubt as he was able to attack and “control the gap” to team-mate Lewis Hamilton.

The German claimed claimed his first race win since July’s German GP when he took the chequered flag at the Interlagos circuit on Sunday.

Starting from pole position, Rosberg maintained a two second advantage over his team-mate that only once looked threatened.

While Rosberg was in the pits for the second time, Hamilton found some added pace and put in a fastest lap only to spin and drop back.

And although the Brit closed to within a second of Rosberg in the final ten laps, it never once looked as if he could challenge for the lead.

“It was a great weekend,” said the victorious Rosberg.

“The whole weekend I’ve been feeling comfortable in the car, I was able to attack and control the gap to Lewis in the race so that worked out great.”

His victory means the two Championship protagonists head into the season finale with just 17 points separating them.

With 50 to play for, Rosberg says he intends pushing hard with the aim being to add another win in his tally and hopefully a first World title.

“There is still a lot to play for and now I am just hoping to keep this going,” he said in the post-race press conference.

He added: “It was important for me just to improve. I didn’t do a good job in the race in Austin and today I managed to do that. I am happy about that.

This is a big step in the right direction.”