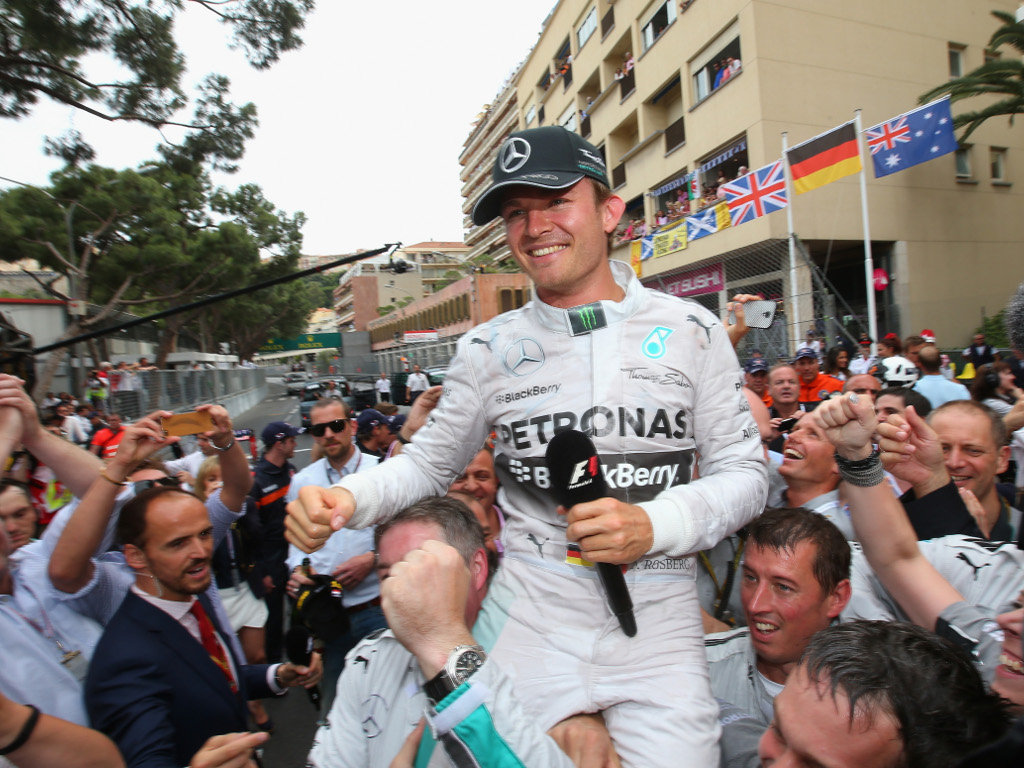 Despite conceding there have “always been difficulties”, Nico Rosberg believes Mercedes can move on from their Monaco fallout.

With Rosberg having taken pole position through a mistake that cost Lewis Hamilton the chance to fight for it, tensions were high at Mercedes on Sunday.

Speaking to the BBC prior to the grand prix, Mercedes executive director Toto Wolff revealed that Rosberg and Hamilton were “not happy to see each other” while Niki Lauda said he tried to “fix this this morning with Lewis” but that he “couldn’t.”

That tension carried through into Sunday’s 78-lap Monaco GP with Rosberg holding the advantage throughout.

He eventually took the chequered flag 9.2s ahead of Hamilton, claiming his second victory on the streets of Monte Carlo.

The situation remained frosty in the post-race podium celebration as there was barely a handshake between the two.

But despite the current situation, Rosberg reckons it will be sorted out.

“There’s always been difficulties,” he revealed, “but we always sit down and discuss it and move on, and that is what we will do.”

The German was also questioned about Hamilton’s recent comments that he was more hungry than Rosberg.

The 2008 World Champion said his upbringing in Stevenage where he “lived on a couch in my dad’s apartment” compared to Rosberg’s in “Monaco with jets and hotels and boats” meant he wanted it more.

Rosberg, though, would not be drawn on the matter.

“I didn’t hear Lewis say that so I am not going to comment, it is easy for you to just invent something,” he told Autosport.