Home Uncategorized ‘Rosberg win one of the good ones’ 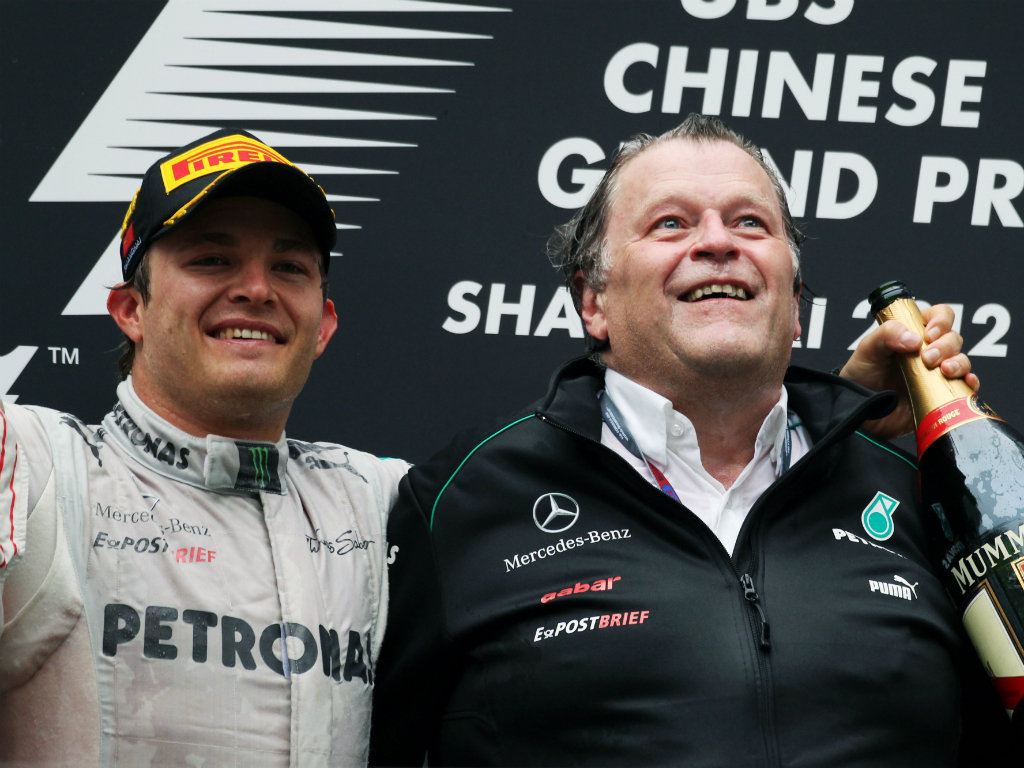 Norbert Haug reckons Nico Rosberg’s Chinese GP victory should be ranked amongst the best ever achieved by Mercedes during their F1 history.

On Sunday, having secured pole position the day before, Rosberg became the first works Mercedes driver since Juan Manuel Fangio back in the 1955 Italian GP to win a F1 grand prix.

And Haug reckons his triumph – the first of Rosberg’s career – should be ranked right up there with David Coulthard’s first win with a Mercedes engine in Australia 1997 and the German manufacturer’s 1994 American GP.

“This was one of the very, very good ones,” Haug told Autosport.

“We have had David’s first in 1997. That was certainly a landmark as well, as we painted the car silver and won the first race.

“We had a splendid Indianapolis in 1994 too.

“We have had quite a few victories together with McLaren and Brawn GP, but this is certainly a very important one for us – especially in this country and because there was so much hard work behind it.”

And the fact that Rosberg’s win came in Mercedes’s third year as a works team is another reason for Haug to smile.

“I don’t think it is that long if you look in the history books. Winning in the third year is not something that lots of teams are achieving.

“I would not have had something against wins in the first year that is for sure, but whatever we have now I am happy with.”