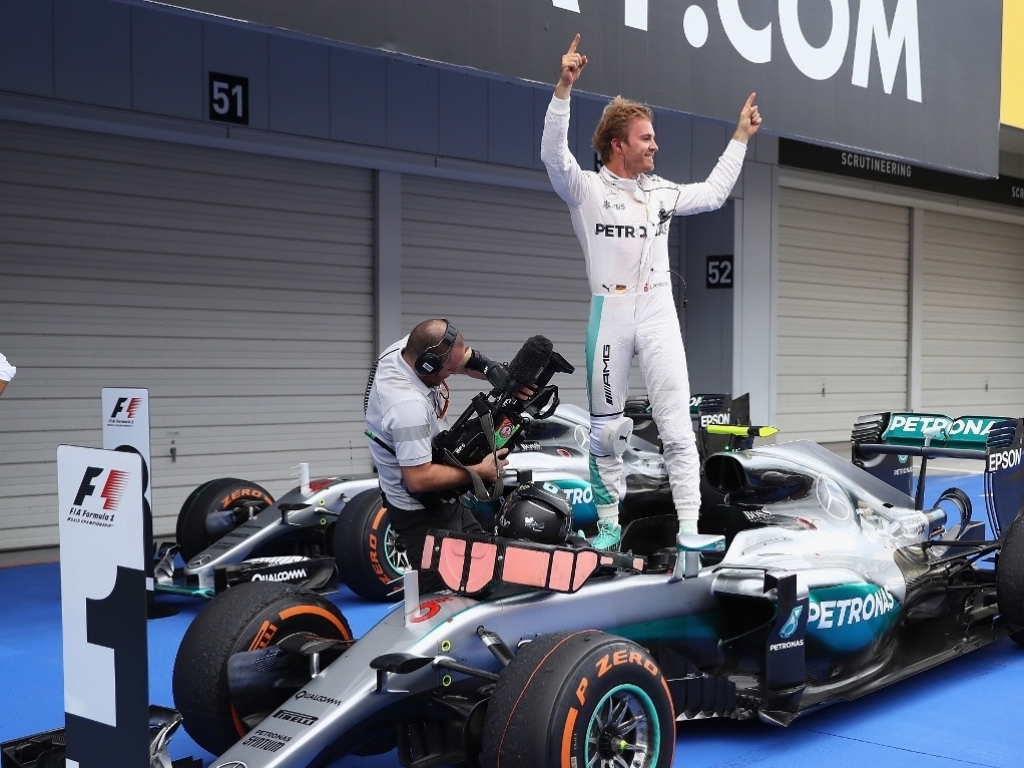 Nico Rosberg has vowed to continue targeting race victories, saying focusing on the grands prix and not the points has worked well for him this season.

Throughout this year’s championship the Mercedes driver has stated several times that he’s not looking at the points, rather he is just taking the season race-by-race.

That strategy has continued to pay off with Rosberg wrapping up his ninth race victory at Suzuka on Sunday.

He raced unchallenged to the Japanese GP win, extending his lead in the standings to 33 points over Lewis Hamilton.

As such Rosberg only needs to finish second in the remaining four grands prix to ensure a first World title.

The German, though, says he is going to continue working towards the wins, not the points.

“I really try not to as it’s working quite well as it is, so I’m going to keep on going like that,” he told Sky F1.

“There’s no point getting into any of that stuff.

“I just want to keep on trying to win the races, I don’t want to start calculating or bringing home second places.

“I’m well aware of the points. 33 points – it’s better that way than the other way round.”

The 31-year-old acknowledges that there is still time for Hamilton to fight back as the Brit looks to secure his third World title with Mercedes.

“You don’t need to expect him to back off in any way. Lewis is always a fighter,” said Rosberg.

“It’s always a good battle and it’s going to continue to be.

“He’s going to be going for it in the last four races. There’s still a long way to go.”