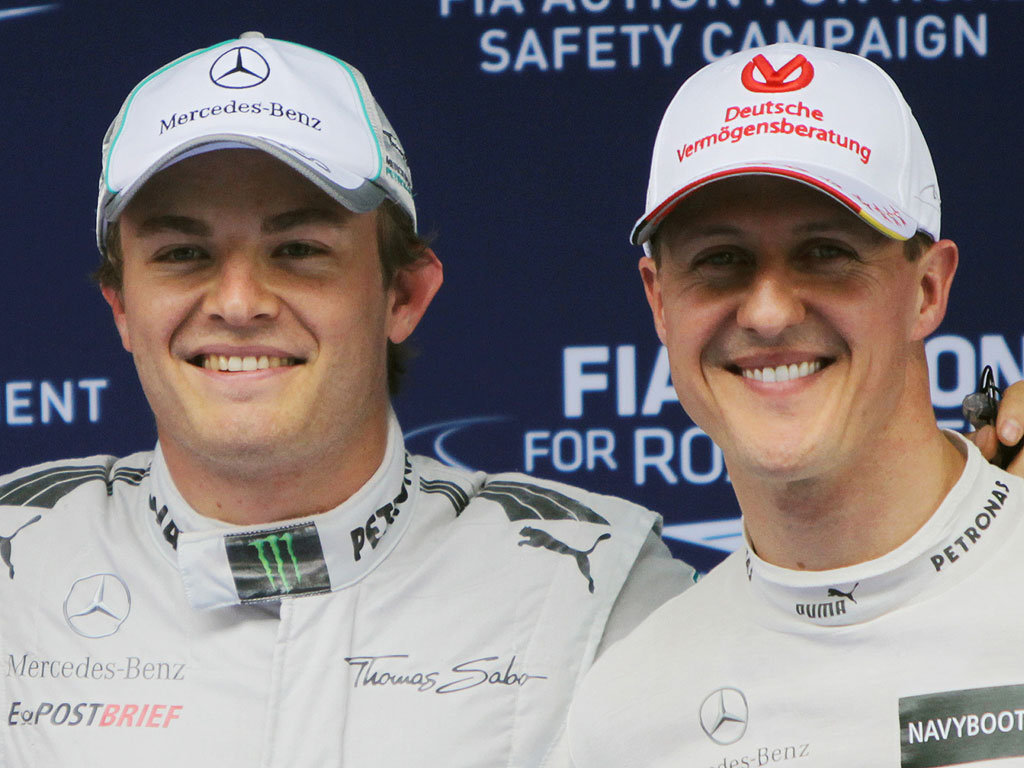 Nico Rosberg admits he would be more than happy if Michael Schumacher stays with Mercedes next season.

Schumacher’s three-year deal with the Brackley squad runs out at the end of the season and speculation is rife that the 43-year-old could hang up his racing gloves for good come the end of the year.

Rosberg, who has partnered the seven-time World Champion for the past three seasons, says he would have no problems if Schumacher extends his contract with Merc.

“I think it would be right if Michael stays,” he told Germany’s DAPD news agency. “We get along well, the competition is good. Michael is still at a very, very high level on the track. It is a challenge to race against him. We push the team forward and usually have the same opinion.”

Schumacher isn’t the only driver who faces an uncertain future as Lewis Hamilton has been rumoured to be on way to Merc as a replacement for the veteran while Felipe Massa’s seat at Ferrari is also on the line.

Rosberg added: “Michael is an important part of the whole driver carousel. Nothing will happen until the key positions are clarified and if one of Schumacher, Hamilton or Massa says ‘I am definitely here then it will all go fast’.”

However, he also wouldn’t have any problems teaming up with Hamilton, saying: “We’ve known each other for 15 years.”

As for his own future, the 27-year-old is happy where he is.

“I am definitely with the Silver Arrow. I look forward to the next season and even more race wins,” he said.